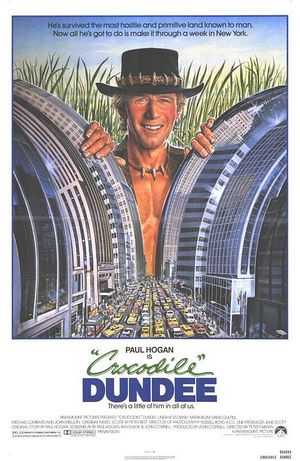 An American reporter, Sue Charlton, journeys to Walkabout Creek in the Australian Outback to interview Mick Dundee, a famous crocodile attack survivor who was raised by Aborigines. The two have several adventures involving kangaroo poachers and killer crocodiles before Sue persuades Dundee to return with her to America.