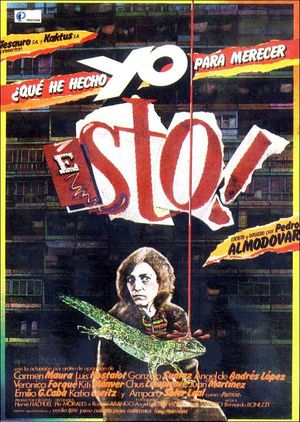 Movie (1984)
English title: What Have I Done to Deserve This?

A dysfunctional family in Madrid: Gloria is a cleaning lady, hooked on No-Doze, living in a crowded flat with Antonio, her surly husband, a cabby who adores an aging German singer he used to chauffeur; he's also a forger. One teen son sells heroin, the other sleeps with men. Her mother-in-law keeps bottled water and cupcakes under lock and key, selling them to the family. Two alcoholic writers cook up a plot to sell a manuscript as Hitler's memoirs, if Antonio will transcribe it in Hitler's hand. He agrees, so they ask the German singer to play the role of the original owner since her past affinity for Nazi memorabilia makes her a likely candidate. Meanwhile, Gloria has given away one son to a sex-crazed dentist, and grandma picks up a pet lizard. Can this chaos be tamed? 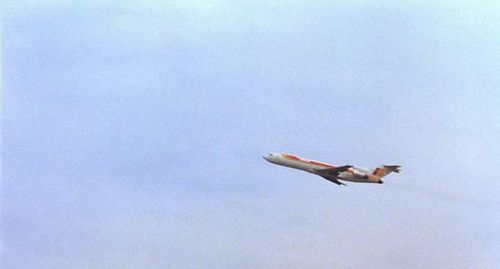