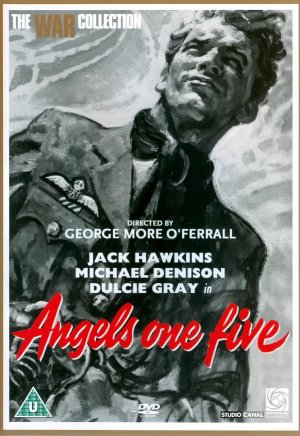 'Septic' Baird has just joined a front line RAF squadron at the height of the Battle of Britain. This is the story of "The Few" and how they managed to fight off the might of the Luftwaffe despite overwhelming German air power during 1940.

Star of the movie with the underground operations room, several aircraft were used some in flight, and some others just on the ground. 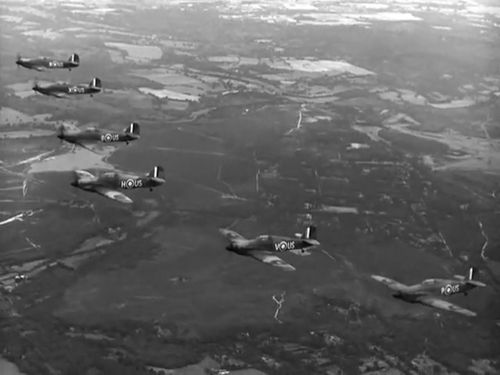 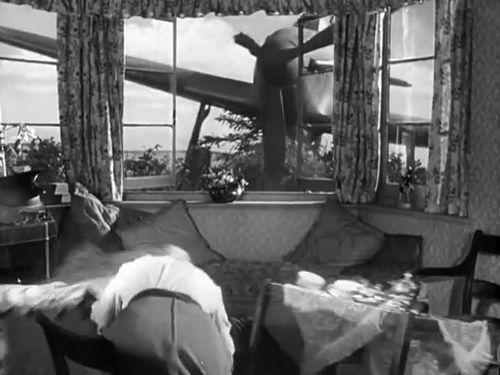 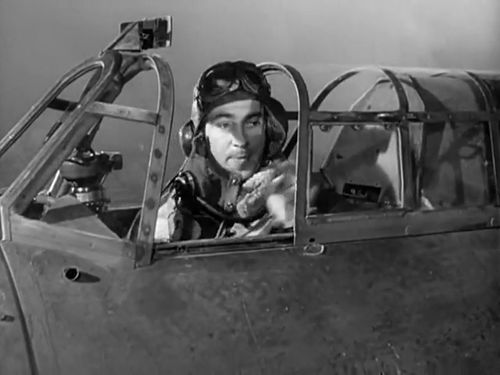 ... and cockpit shots were performed by L1591 at Elstree Studios. 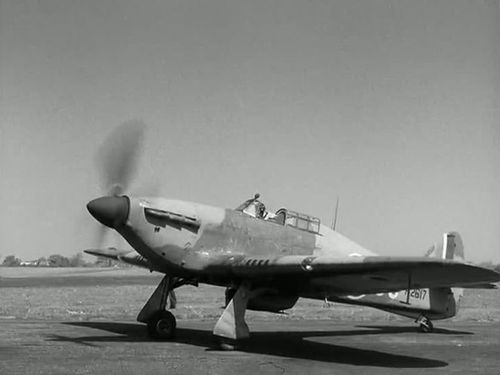 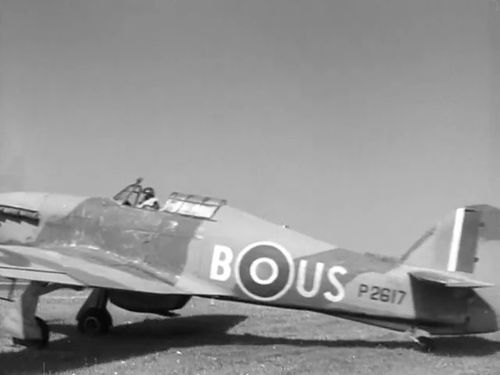 R.A.F. Hurricane Mk.IIc LF363 c/n 41H/469290 is among the casting but without evidence on the screen.
Aircraft of the Portuguese Air Force but the sixth one issued from Hawker Siddeley Aircraft Ltd which used her under civil registration G-AMAU.
Portuguese Air Force used the Hurricane until 1954 and had sixty online in 1951, of which five were sent for the filming in Great Britain minus their 20 mm cannon to act as Mk I. Serials are not those the original aircraft, just filming markings.
(front) AV-X RAF s/n K1694 and (back) AV-P s/n N6547. 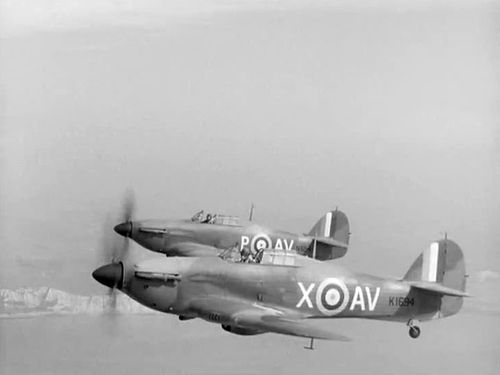 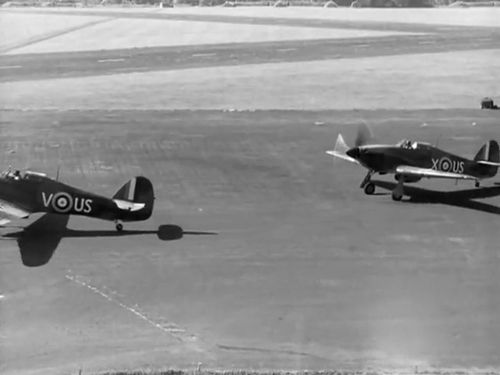 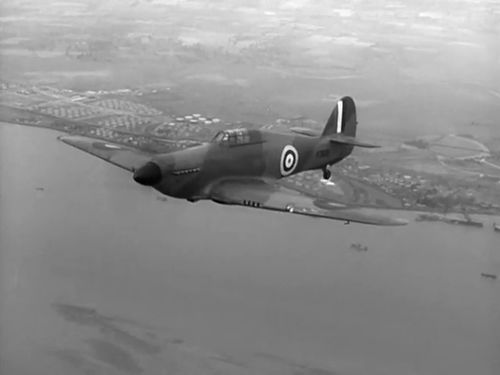 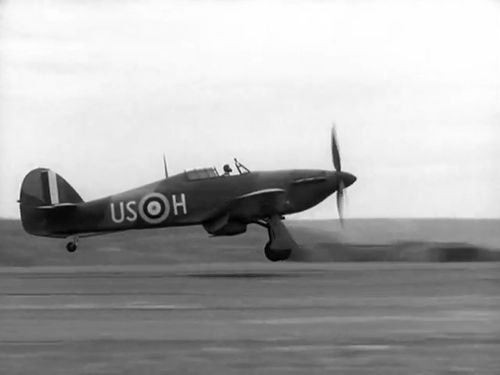 Seen always taxiing in the background. 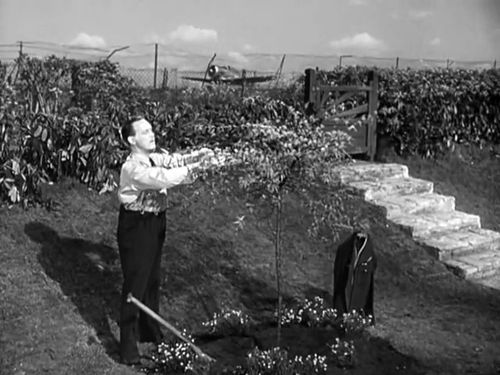 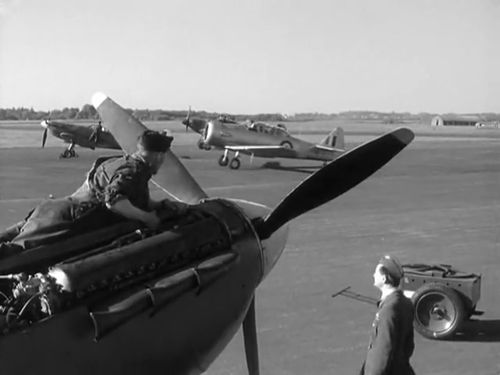 All are models with a strange shape, mixing nose of the first variant with tail of the last ones. 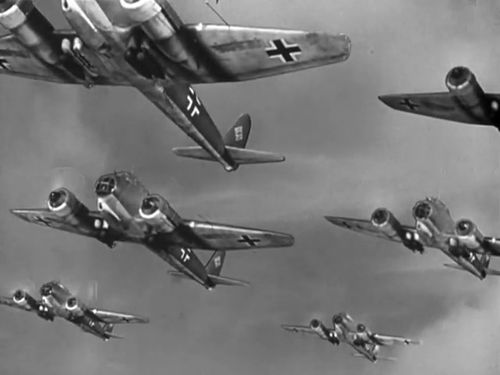 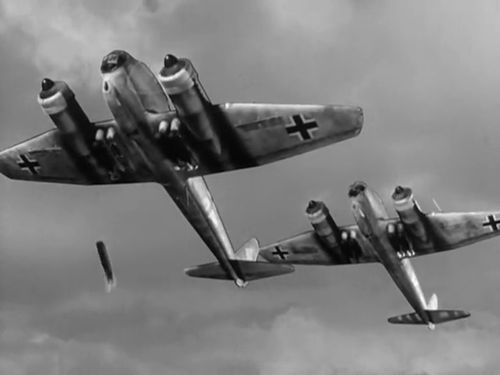 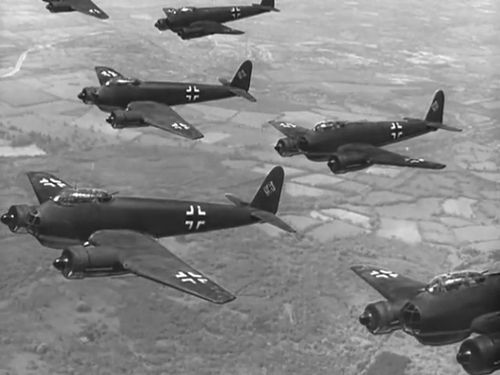 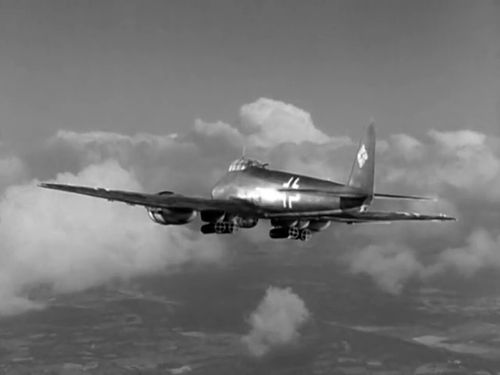 Night and White under surface scheme used until June of 1940. Stock footage of Supermarine Spitfire Mk I or Mk II. 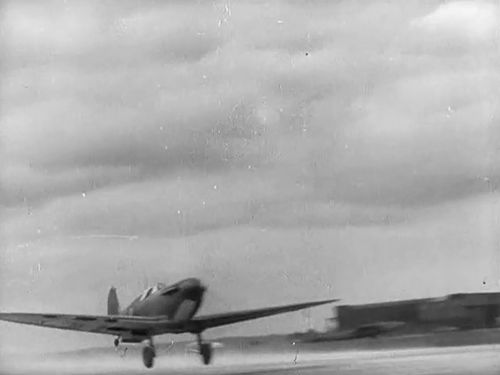 With a mechanic working on the Merlin engine. 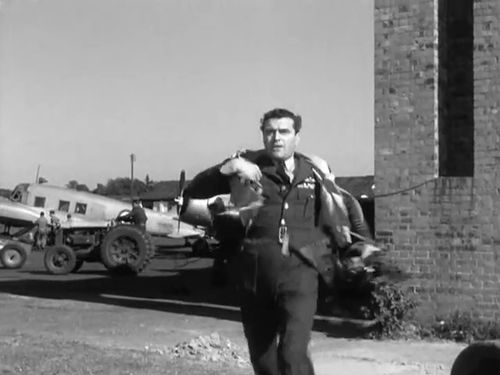 Unidentified Model on top of the office cabinet. 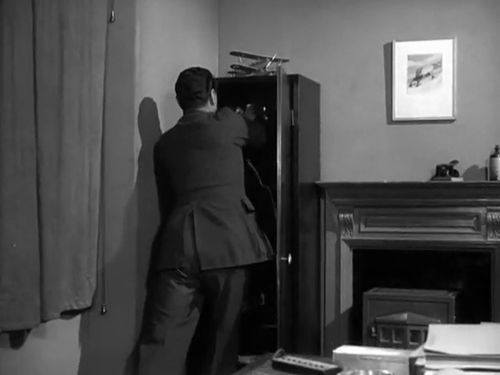 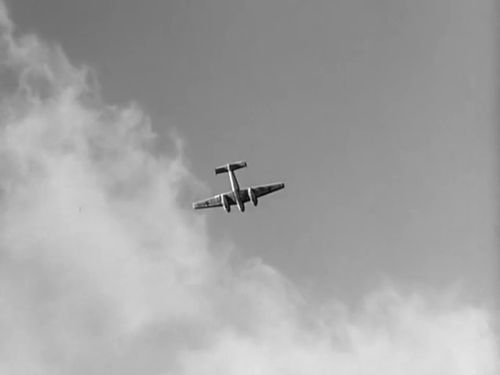 Messerschmitt Bf.110G-4 WNr.180580.
Of course a little anachronism as the G variant reach front line units on the eve of 1943. This one is a night fighter (see the attach for deleted aerials of the Lichtenstein radar).
Scrapped just after the filming ... How many museum and collector are crying today of such a fate ! 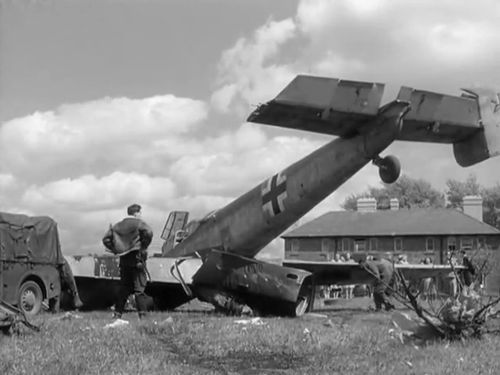 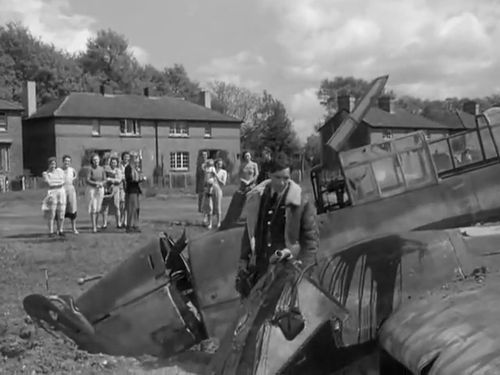 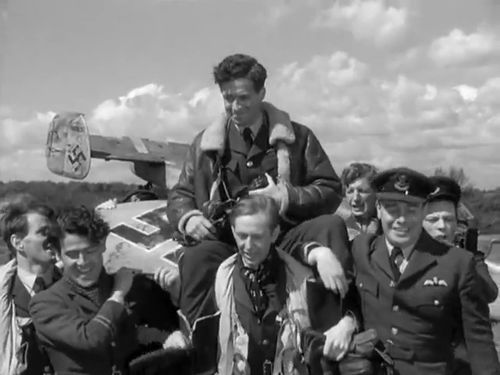 Another model of later variant (Bf 109 F and later) with the enlarged propeller spinner. The very first ones Bf 109 F-1s flew in combat saw action only in October 1940... probably to late to the story. 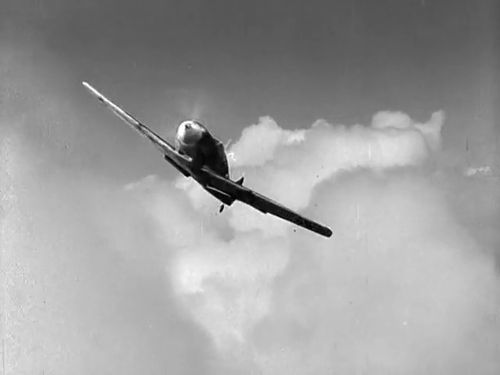