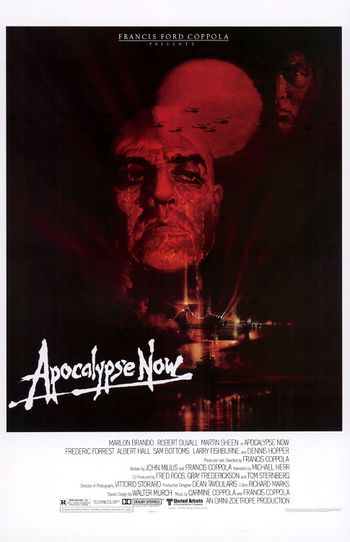 Numerous Hueys appear in the film during the first half, most memorably in the legendary "Ride of Valkyries" beach attack set piece. 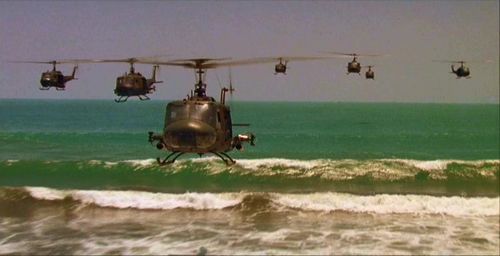 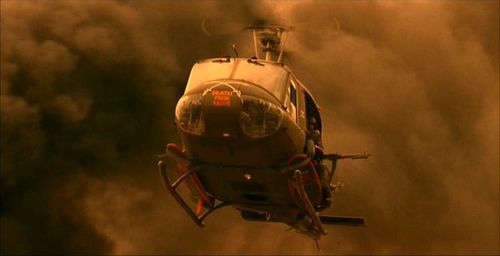 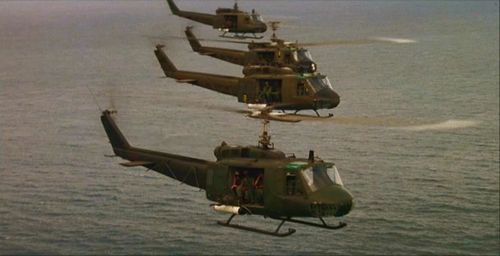 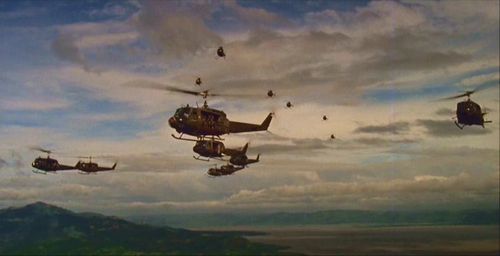 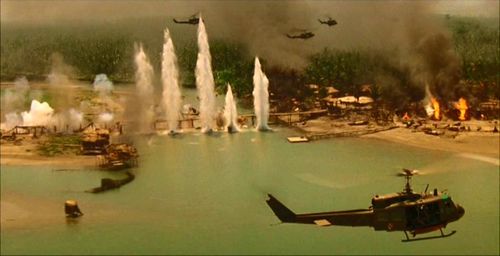 But seen too briefly several times as shot down airframe. 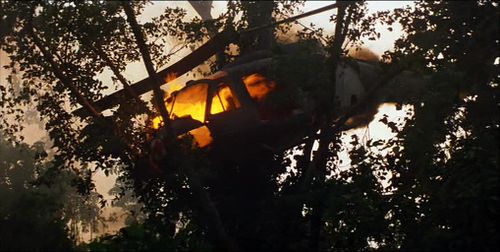 These support the Air Cavalry Hueys. 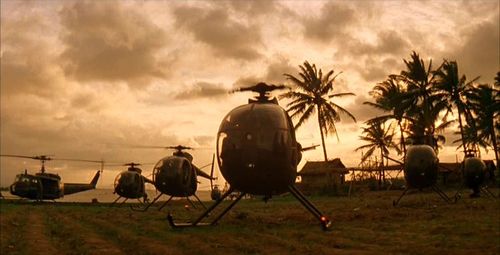 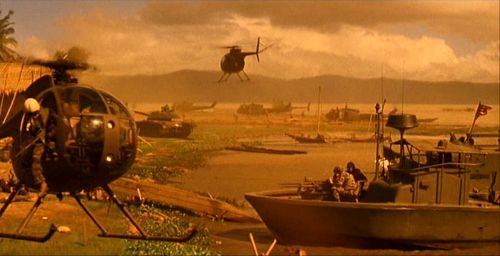 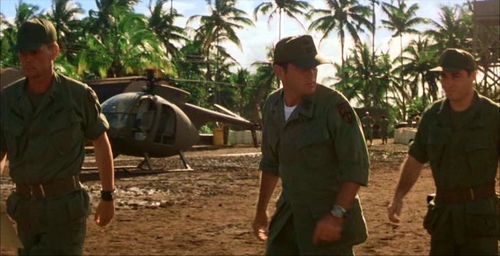 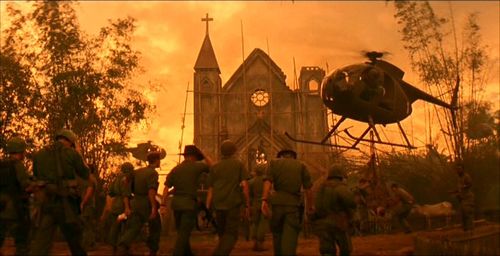 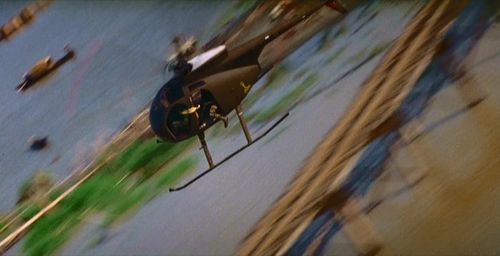 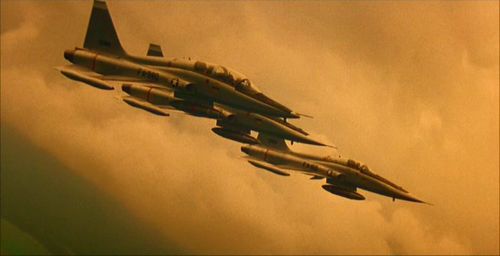 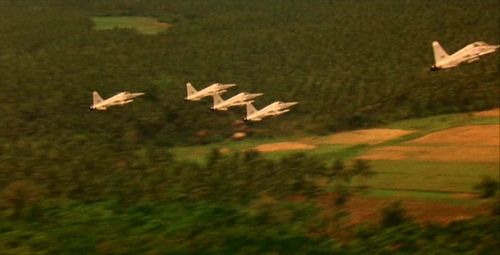 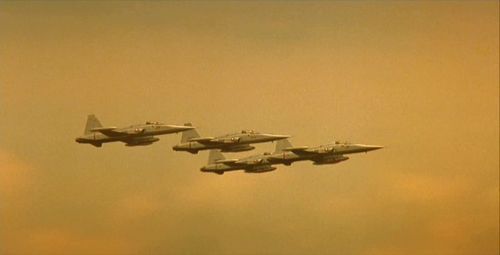 Kilgore communicates with this plane, co-ordinating the napalm bombing. 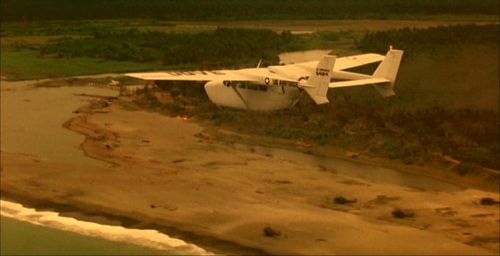 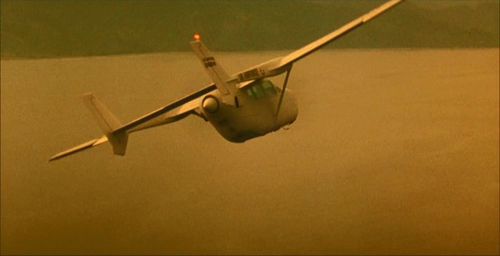 The morning following the Playmate show, seen on the Redux issue (2000); not sure the original issue includes this scene. 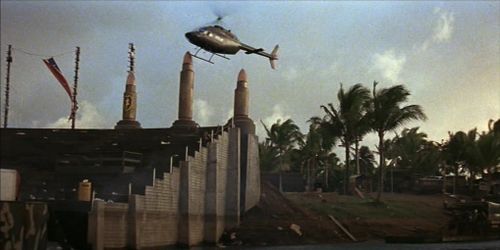 Just the tail of a -F variant representing a bomber lost during Operation Barrel Roll (interdiction and close air support campaign conducted in the Kingdom of Laos).