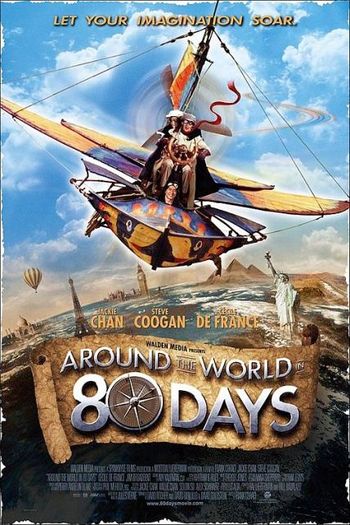 The Jackie Chan's vision of the book written by Jules Verne, with still Phileas Fogg trying to prove to the Royal Academy of Science that a man could be around the world in less 80 days.

Made for Movie Flying Machine