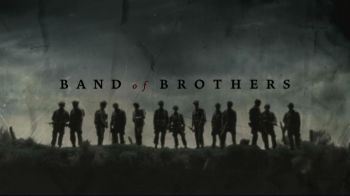 
The narrative centers on the experiences of E Company ("Easy Company") of the 2nd Battalion, 506th Parachute Infantry Regiment assigned to the 101st Airborne Division of the United States Army. The series covers Easy's basic training at Toccoa, Georgia, the American airborne landings in Normandy, Operation Market Garden, the Battle of Bastogne and on to the end of the war, including the taking of the Kehlsteinhaus (Hitler's Eagle's Nest).

Ep.01 Currahee, Ep.02 Day of Days and Ep.04 Replacements
Is the most frequently seen plane throughout the series. It appears during training in episode 1 and during combat jumps in episode 2 & 4. It drop troops supplies in part 6 and is seen in some background shots.
Aircraft used in filming: 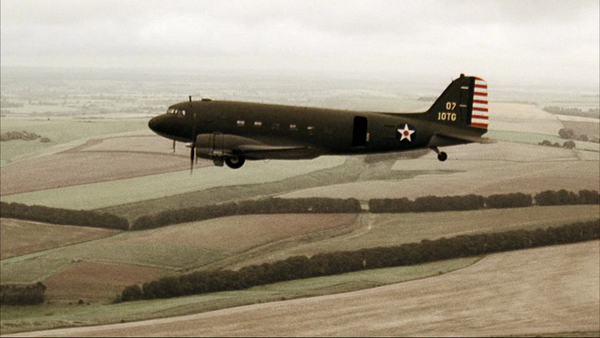 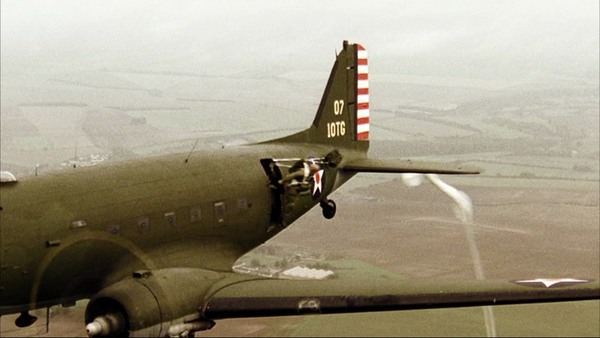 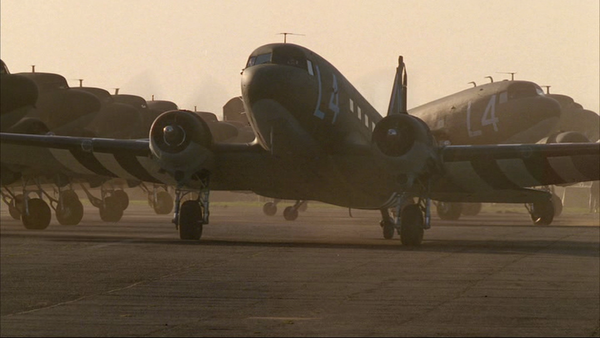 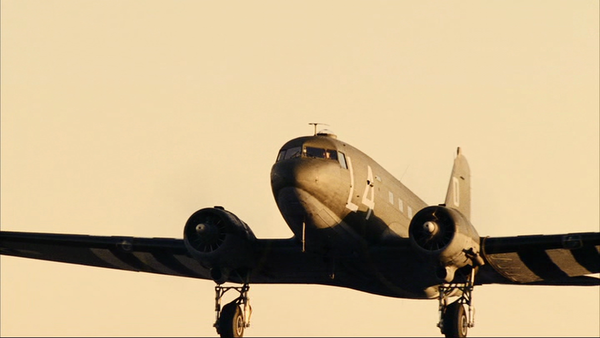 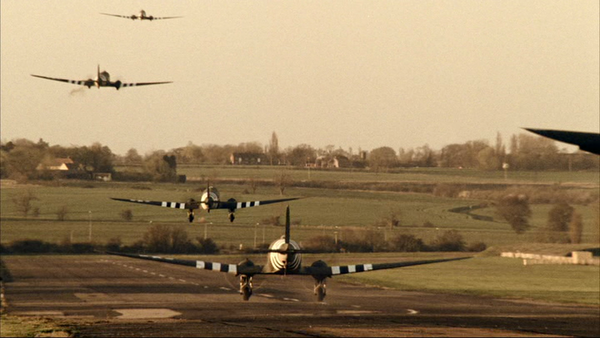 Ep.01 Currahee
Two Spitfires are seen doing a fly-by during training in England. 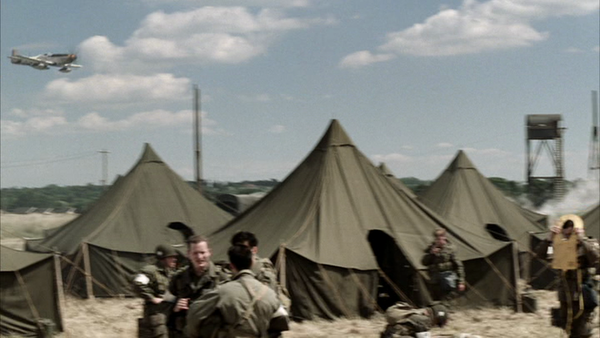 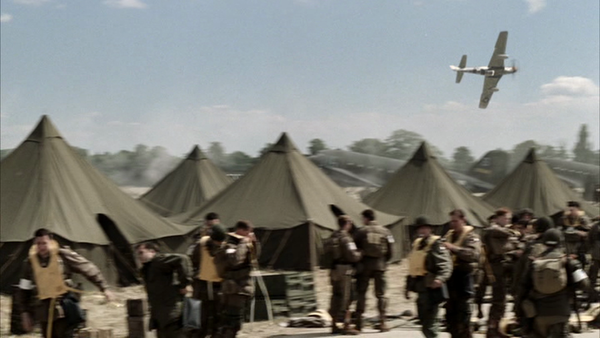 Ep.04 Replacements
A fleet of low lever bombers are seen shortly after the paratroopers landed in Holland. One has an engine failure. 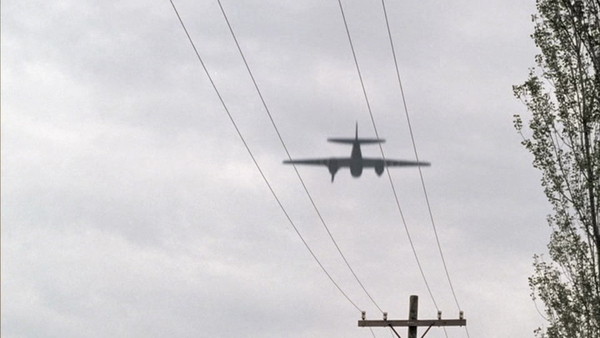 Ep.06 Bastogne
A P-47 attacks some US paratroopers by accident. 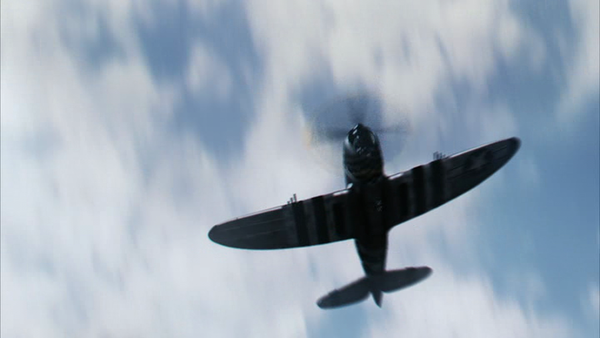 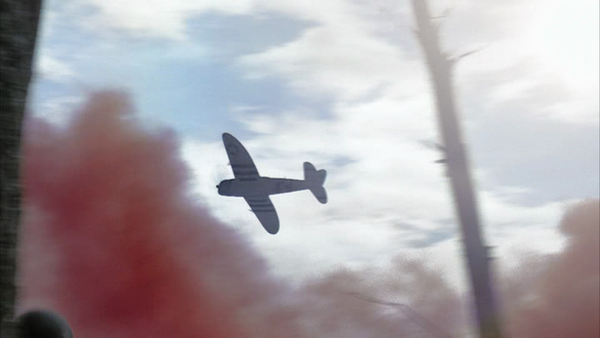 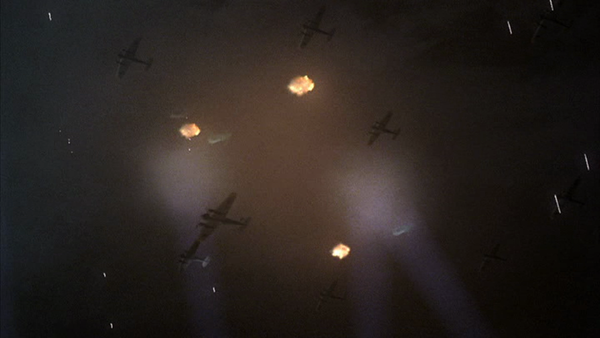