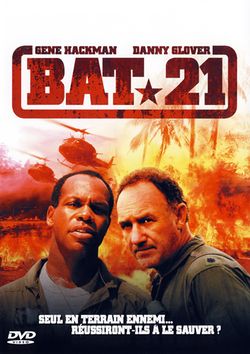 Front cover of the french DVD issue of Bat*21


A 53 years old Lieutenant Colonel, expert in missile intelligence, is stranded in a Vietnam war zone after his electronic reconnaissance plane is shot down by a Sam-2 missile. The movie tells the story of his difficult rescue. Based (loosely) on a true story. 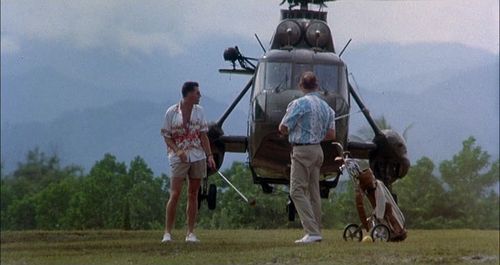 A Sikorsky SH-3 Sea King comes to fetch Iceal from the golf green. 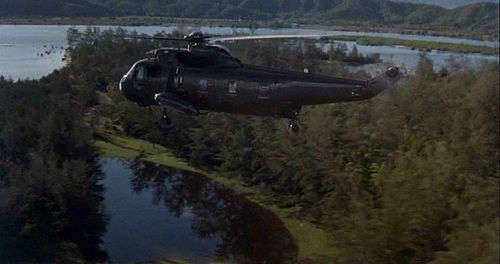 The Sea King takes Iceal to the Command Center. 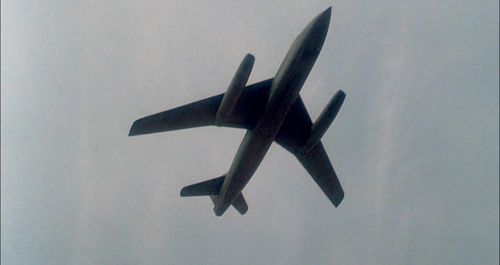 The electronic reconnaissance version of the Douglas B-66 Destroyer (in fact, a model was used for the movie; see [1] for a picture of the real plane). 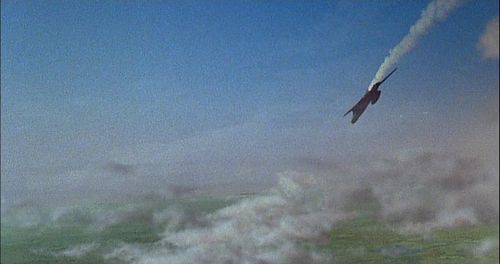 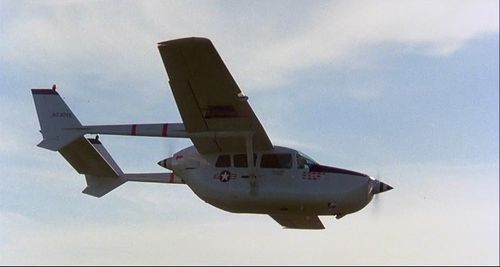 The Cessna O-2 and its distinctive "pull-push" configuration ; the real hero of this movie. 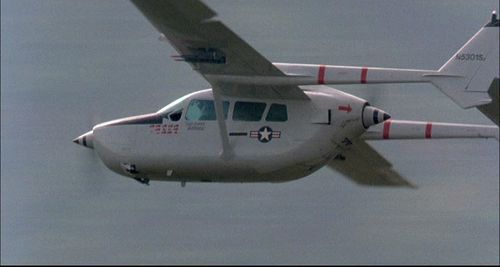 A view of the rear coaxial engine and the twin tail booms of the Skymaster. Notice that this is in fact a civil version of the plane: here [2] is a picture of the military version with additional glass panes for better visibility, and no propeller cones. 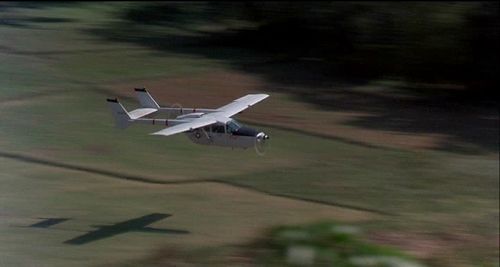 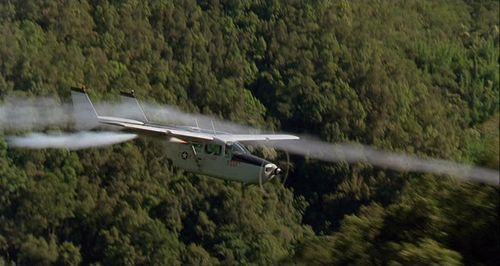 Firing rockets after a fellow pilot was killed by the enemy. 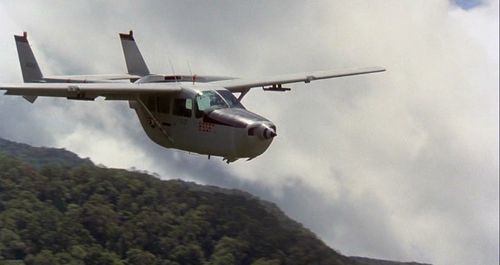 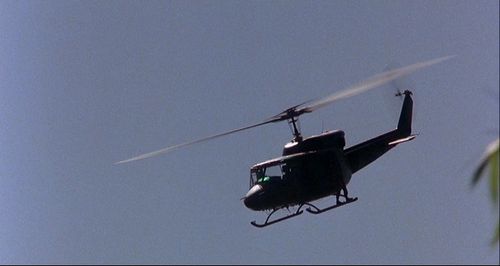 "The" Vietnam War helicopter, on the first rescue mission. 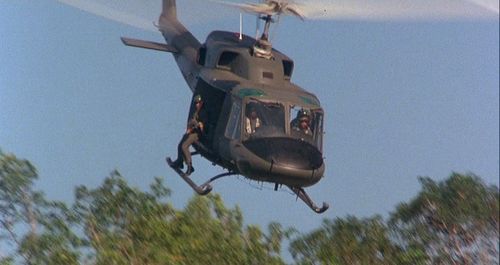 Reconnaissance pass, with a gunman at the side. 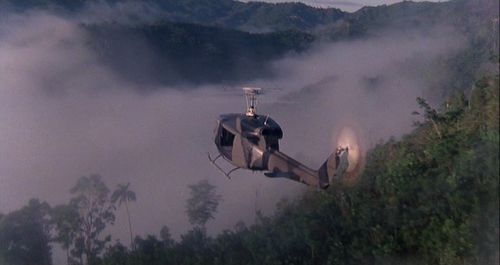 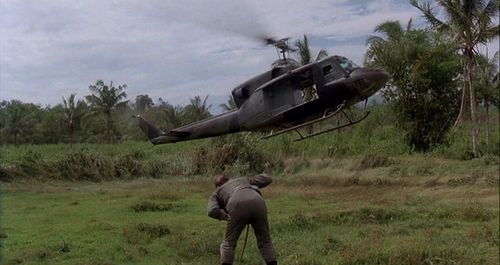 Coming to the rescue... 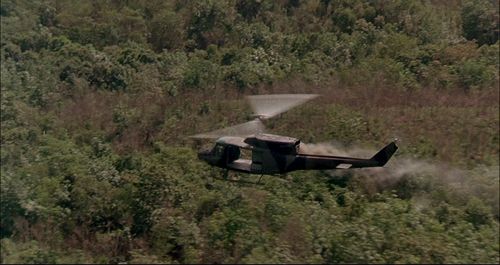 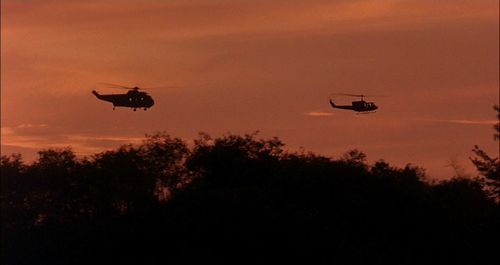 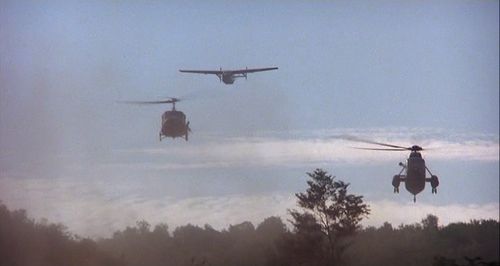 Hovering over the rescue site, under cover of the Huey, with the Cessna O-2 about to dive for scouting. 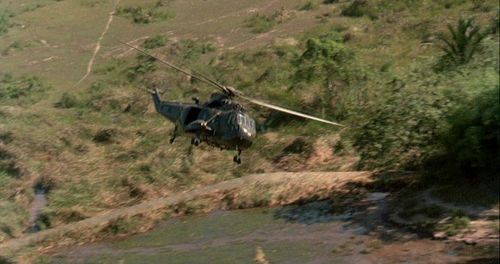 Close to the ground. 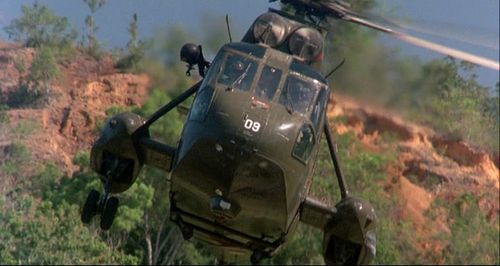 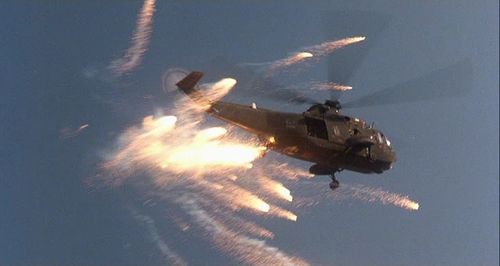 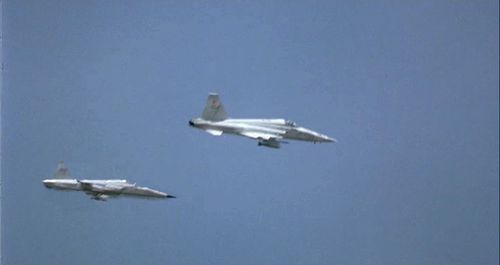 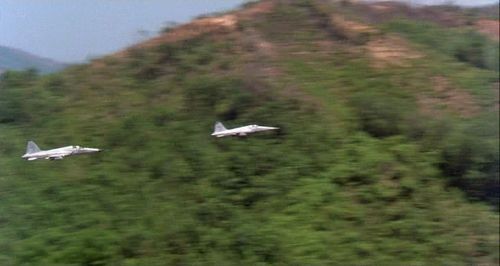 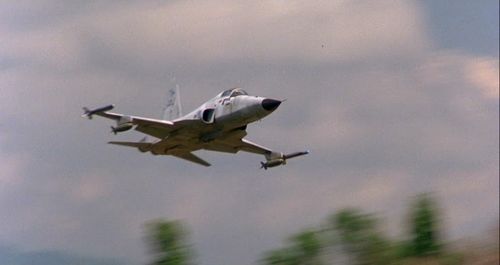 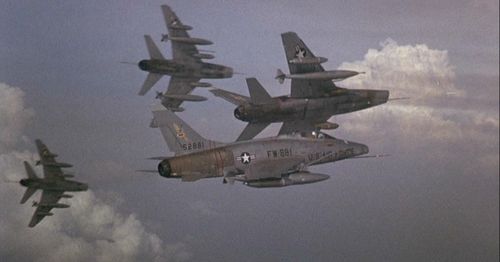 Rolling over for a bombing run. 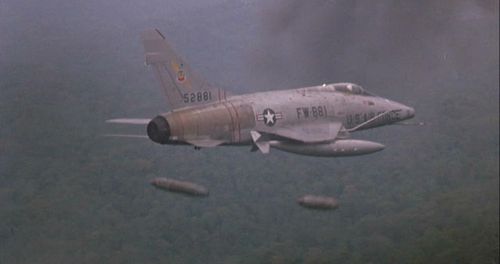