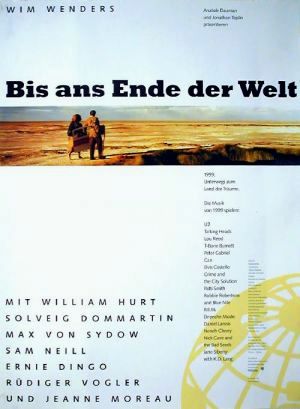 Movie (1991)
English title: Until the End of the World

Set in 1999, a woman (Dommartin) has a car accident with some bank robbers, who enlist her help to take the bank money to a drop in Paris. On the way she runs into another fugitive from the law (Hurt), an American who is being chased by the CIA. The charges are false, he claims. They want to confiscate a device his father invented which allows anyone to record their dreams and vision. On the run from both the bank robbers and the CIA, the couple span the globe, ending up in Australia at his father's (von Sydow) research facility, where they hope to play back the recordings Hurt captured for his blind mother. Set in the futuristic year of 1999, a subplot about a damaged Indian nuclear satellite crashing and causing the end of civilization is a puzzling addition to the film. 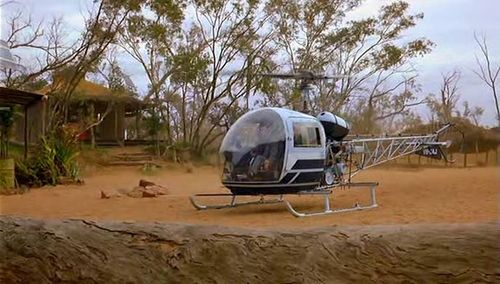 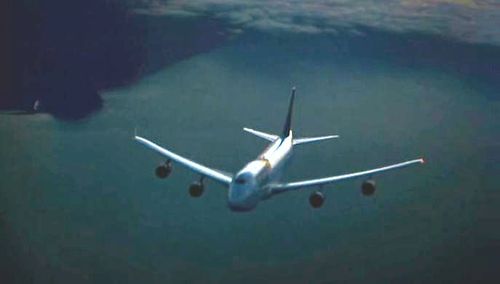 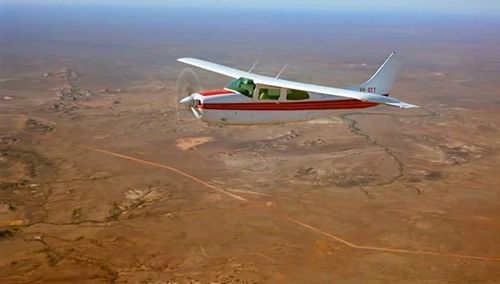