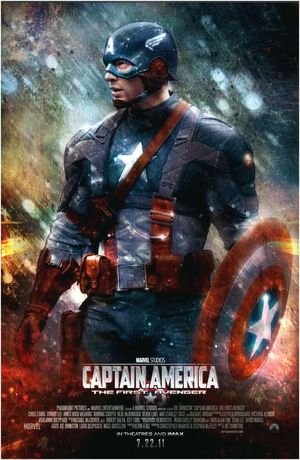 1943 : After being deemed unfit for military service, Steve Rogers volunteers for a top secret research project that turns him into Captain America, a superhero dedicated to defending the USA's ideals.

Look at the discussion tab.

A German concept for an aircraft designed in the end of 1944, which only reached wind-tunnel testing in spring 1945.

CGI aircraft merging two jet engines with eight pull propeller ones.
Inspired of the German studies for an Amerika Bomber like the Horten H.XVIII concept and/or the Arado Ar. E555 .

Two parasite fighters used from the Amerika Bomber. Or stand-off winged bombs ? Shape loosely based on this Messerschmitt concept.