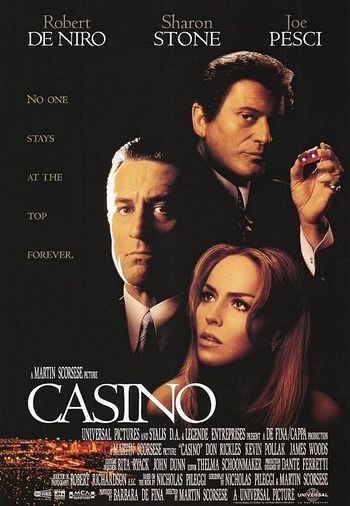 The Tangiers Hotel & Casino jet. Appears four times during the film, but we never see it fly. In fact in one scene they pretend that it's "on the fritz" so they can get the Japanese high roller to go back to the casino and gamble his winnings away.

In this scene Federal Agents have been watching Nicky while he's playing golf and their plane runs out of fuel and is forced to land on the fairway, right outside Sam's house while he's being interviewed by a couple of men from the gambling control board.
Registration N756DN, c/n U20604009 built in 1977.