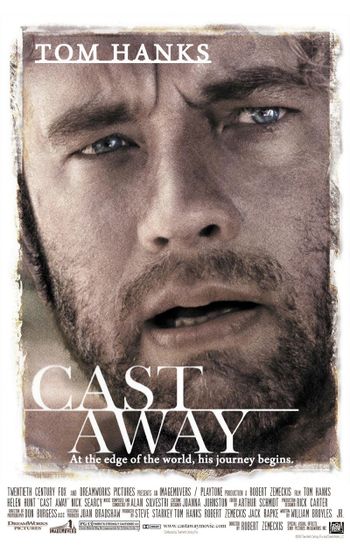 
Chuck Noland is a time-obsessed systems analyst, who travels worldwide resolving productivity problems at FedEx depots, the last one in Moscow. A Christmas with relatives is interrupted by Chuck being summoned to resolve a problem in Malaysia. But the cargo jet suffers an explosion in the middle of the Pacific. 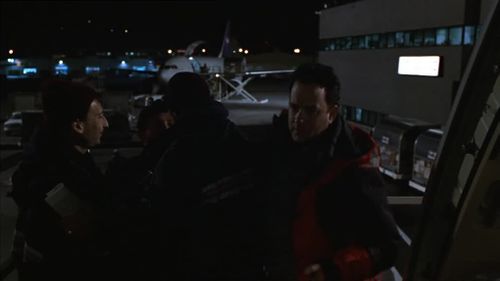 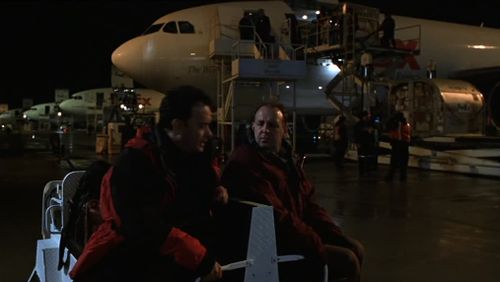 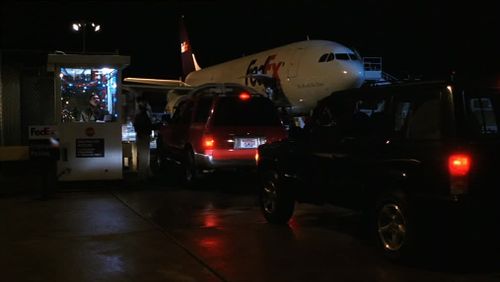 On the wall, a drawing of one of the Warhawk used by the Flying Tigers (there's some others, all fuzzy, including one with a Lockheed Martin F-16 Fighting Falcon). 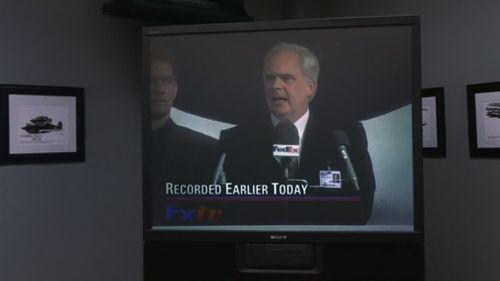 Challenger 601 is one of the FedEx corporate jets. They have two challengers, so either N3FE or N10FE. 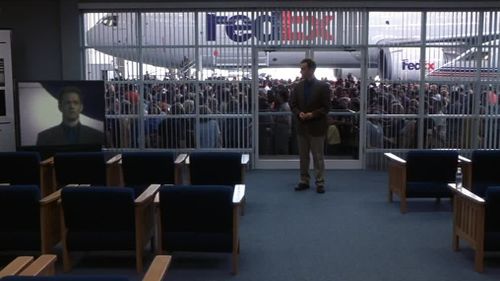 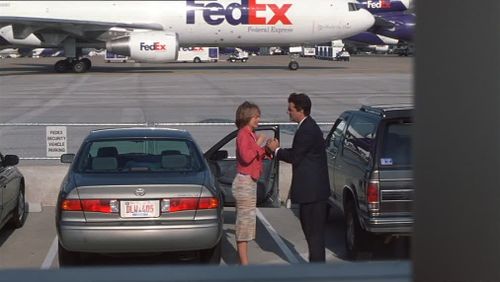 Nice batches of DC-10 Freighters and A300 tail fins from FedEx (right and left), the plane in the center is a DC-10 too. 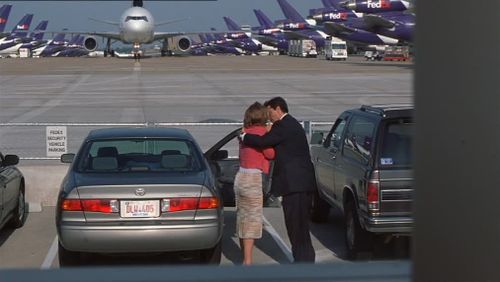