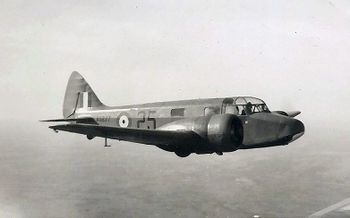 The Airspeed AS.10 Oxford was a twin-engine aircraft used for training British Commonwealth aircrews in navigation, radio-operating, bombing and gunnery during the Second World War. A total of 8,586 Oxfords were built, with 4,411 and by Airspeed at its Portsmouth factory, 550 at the Airspeed-run shadow factory at Christchurch, Dorset, 1,515 by de Havilland at Hatfield, 1,360 by Percival Aircraft at Luton and 750 by Standard Motors at Coventry.

This page lists all films that feature the Airspeed AS.10 Oxford .