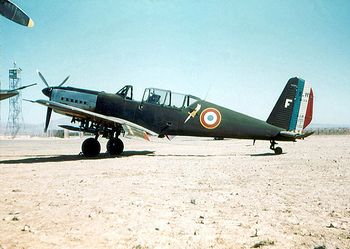 The Arado Ar 96 was a German single-engine, low-wing monoplane of all-metal construction. It was the Luftwaffe's standard advanced trainer during World War II. The Ar 96 was used for advanced, night and instrument flying training. Shadow production was undertaken by Letov and the Avia factory in occupied Czechoslovakia, where manufacturing continued for some years after the war, being designated C-2. A wooden version known as the Ar 396 was built in France during war time, and designated SIPA SS.11 after the Wordl War II. Further developments, with the Renault engine, were the SIPA 111 (armed version), and SIPA S-12, a metal version. 58 Machines were produced until 1958. The S.11 was operated with some success in Algeria carrying machine guns, rockets and light bombs.

This page lists all films that feature a variation of the Arado Ar 96/Ar 396.