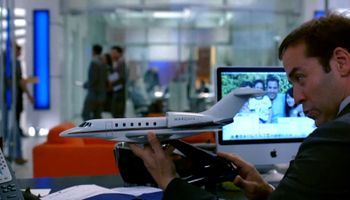 The Cessna 750 Citation X is a long-range medium business jet aircraft powered by two Rolls-Royce turbofan engines. Although based on the earlier Citation III, VI and VII models, the Citation X is significantly different, differing in its wing design, avionics, and engines. The New Citation X, currently under development, sees upgraded engines and avionics. Except the former Concorde, according to the manufacturer, it is currently the fastest civilian aircraft in the world.

This page lists all films that feature a variation of the Cessna 750 Citation X.