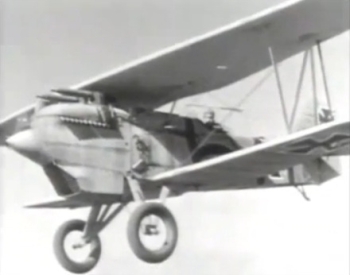 The Curtiss P-1 was a 1920s open-cockpit biplane fighter aircraft of the United States Army Air Corps. An earlier variant of the same aircraft had been designated PW-8 (for "Pursuit, Water-cooled engine") prior to 1925.

A total of 202 Curtiss P-1 and derivatives have been built.

This page lists all films that feature a variation of the Curtiss P-1.