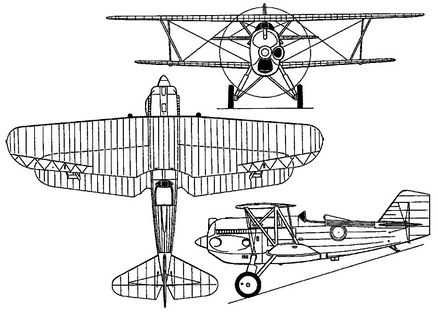 The Curtiss P-6 was designed in the mid 1920's. This open-cockpit biplane fighter aircraft of the United States Army Air Corps was pressed into duty in 1927 and the last airframes were still soldiered on when war outbroke in Europe.

Less an hundred Curtiss P-6 have been built, some from P-1 airframes which have been converted.

This page lists all films that feature a variation of the Curtiss P-6.