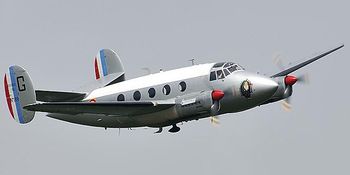 The Dassault Flamant is a French light twin-engined transport airplane built shortly after World War II by Dassault Aviation for the French Air Force. The first Flamant was delivered to the French Air Force in 1949 and deliveries of all versions was completed by 1953. Around 240 aircraft of all types have been produced. The Flamant stayed in service until 1981. In addition to the French air force, the Flamant served in Cambodia, Madagascar, Tunisia, and Vietnam. Three main variant left the production line :

This page lists all films that feature the Dassault Flamant.