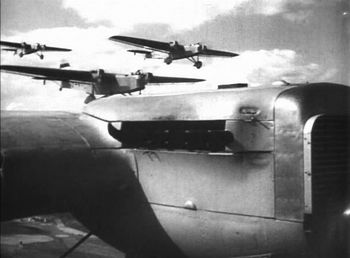 The Dornier Do 23 was a German medium bomber of the 1930s. The earlier Do 11 had exhibited several problems, so two initiatives were launched to address those shortcomings. The first resulted in the Do 13. The second effort was a more extensive rework which resulted in the Do 23. Several of the handling problems were thus corrected, but performance of the Do 23 was still considered mediocre, and it saw a limited service life, being phased out of front-line service by the late 1930s. It was replaced by aircraft such as the Heinkel He 111, but it did go on to serve and see action in World War II in the Czech branch of the Luftwaffe.

This page lists all films that feature the Dornier Do 23.

Pages in category "Dornier Do 23"