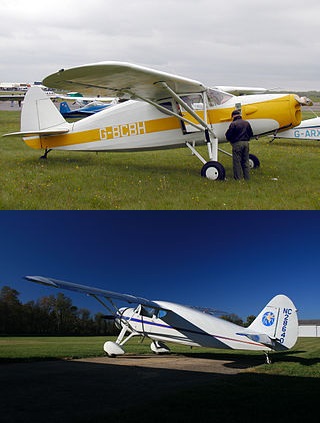 Fairchild 24's shapes depending their engine.

The Fairchild 24 was a four-seat, single-engine high wing monoplane light transport aircraft. As an innovative concept, the aircraft was available with two powerplants, Warner's reliable Scarab radial (mainly series W) and Fairchild's inline 200 hp Ranger series. During World War Two, the successful airframe was put into production for the armed forces becoming the UC-61 for the USAAF or the Argus for the RAF (nearly 1 300 airframes).

This page lists all films that feature a variation of the Fairchild 24.