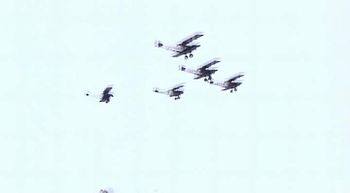 The Fiat CR.20 was an Italian biplane fighter used during the 1920s and 1930s. Designed by Celestino Rosatelli, it represented an intermediate step from the early biplane CR.1 and the later, successful series CR.30-CR.32-CR.42. At its peak in 1933, the CR.20 equipped 27 squadrons of the Italian Regia Aeronautica. Used in seven countries by five air forces, he saw combat in Africa and during the Chaco War.

This page lists all films that feature a variation of the Fiat CR.20.