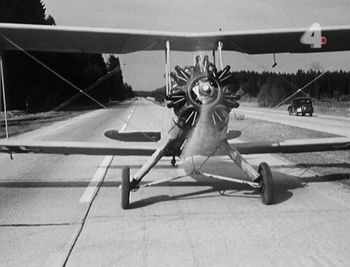 The Focke-Wulf Fw 44 is a 1930s German two-seat biplane known as the Stieglitz ("Goldfinch"). It was produced by the Focke-Wulf company as a pilot training and sport flying aircraft. It was also eventually built under license in several other countries.

This page lists all films that feature the Focke-Wulf Fw 44.