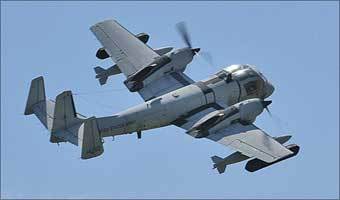 The Grumman OV-1 Mohawk is an armed military observation and attack aircraft, designed in twin turboprop configuration, three tails in which the two crew members were seated side by side. Still in service in Argentina and Israel, it was used by the US Army between 1961 and 1996.

380 airframes have been built.

This page lists all films that feature a variation of the Grumman OV-1 Mohawk.