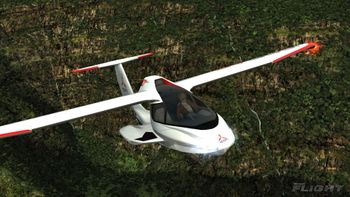 ICON A5 seen in Microsoft Flight.

The ICON A5 is an American amphibious light-sport aircraft being developed by ICON Aircraft. A concept aircraft was flown in 2008, and the creation of the production tooling started in December 2012. On 6 August 2012 Icon announced that Cirrus Aircraft would produce composite airframe components for the A5 at its Grand Forks, North Dakota facility. The airframe parts will be shipped to Icon's Tehachapi, California plant for final assembly. In August 2012 the first production aircraft was anticipated for delivery in mid-2013 against 850 customer orders that company says it held at that point.

This page lists all films that feature the ICON A5.

Pages in category "ICON A5"