Difference between revisions of "Category:Mitsubishi Ki-1" 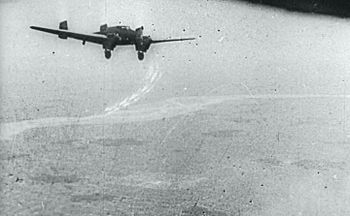 The Mitsubishi Ki-1 was a bomber built by Mitsubishi for the Imperial Japanese Army in the 1930s. The Mitsubishi Ki-1 flew for the first time in 1933. Despite its antiquated appearance, the Ki-1 was used in Manchukuo and in north China during the early stages of the Second Sino-Japanese War, in areas where danger from enemy fighter aircraft was minimal.
A total of 118 aircraft were built in two versions between March 1933 and April 1936.

This page lists all films that feature a variation of the Mitsubishi Ki-1.