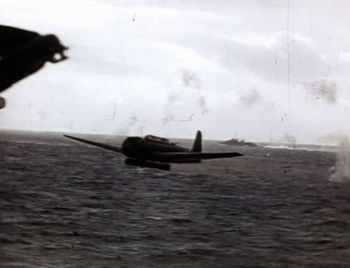 The Nakajima B6N Tenzan was the Imperial Japanese Navy's standard carrier-borne torpedo bomber during the final years of World War II and the successor to the B5N "Kate". Following a request of the end of 1939, a prototype first flew in 1941 but due to its protracted development, the aircraft did not reach front-line units before mid 1943.

1,268 have been built until the fall of the empire of the Rising Sun.

This page lists all films that feature the Nakajima B6N Tenzan.