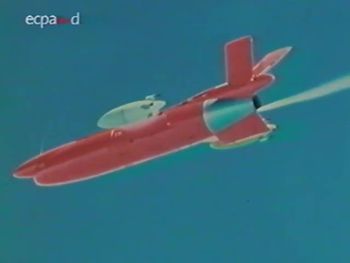 The Nord Aviation CT.20 was a French turbojet-powered radio-controlled target drone. Test flights started in 1955 and operational use was from 1958 and lasted until the beginning of 21st century. Powered by the same engine of the Fouga CM170 Magister, it was mainly used for fighter training by France air forces but too at NATO Missile Firing Installation (NAMFI), Crete, Greece. Some 68 airframes were bought by Suede both for training and for some development as coastal anti ship missile, this giving the SAAB Rb 08. 62 others airframes were built for the Franch Army as battlefield reconnaissance drone (name : R.20).