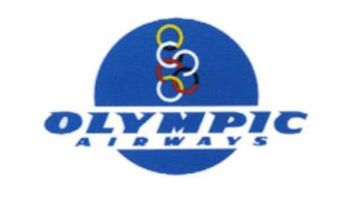 Olympic Airways (Greek: Ολυμπιακές Αερογραμμές, Olympiakés Aerogrammés – OA), was the flag carrier airline of Greece for four decades. Created in 1957 after bankrupt of the previous national company TAE Greek National Airlines, and result of an agreement between Greek state and Greek shipping magnate Aristotle Onassis for Onassis to purchase the airline.
The new company developed rapidly, operating Douglas DC-3,Douglas DC-6,Douglas DC-3, and De Havilland DH106 Comet 4B.In 1965 Olympic ordered Boeing 707-300 jets, followed by Boeing 727-200 three years later, so that in 1969 the company could phase out their Comet 4Bs. In 1971 OA purchased new NAMC YS-11 to replace the ageing non-pressurized Douglas DC-3 and the Douglas DC-6 pressurised piston-engined airliners still in use on the company's Greek domestic network. In that year they created a subsidiary airline, Olympic Aviation to serve the Greek islands more economically and efficiently with small aircraft such as Short Skyvan and Britten-Norman BN 2 Islander.
Olympic Airways then acquired seven Boeing 720 from Norhwest Airlines. The airline also entered the wide-body era by purchasing two new Boeing 747-200s. 1973, Onassis sold to the Greek state all his OA shares. Late seventies saw the introduction of Boeing 737 and Airbus A300.
In the 1980's a new Olympic Airways Cargo division was created by converting the Boeing 707-320 "City of Lindos", but the plans were soon abandoned.
Olympic AirTours was created as a subsidiary of OA, which issued tickets not only for OA, but for other airlines as well. Very soon, Olympic AirTours was renamed Macedonian Airlines and reestablished as a charter flight company. The company faced serious financial trouble from the 1980s until the early 2000s.In 2003 the government restructured the Olympic Airways Group of Companies. The subsidiary, Macedonian Airlines, was renamed Olympic Airlines and took over the flight operations of Olympic Airways, erasing at the same time all of the airline's debts.


This page contains all films, TV series, and video games that feature aircraft of Olympic Airways.