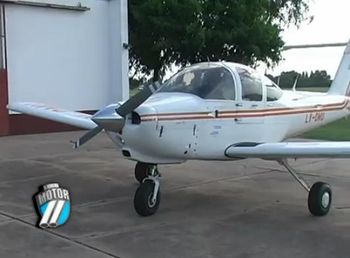 The Piper PA-38 was a two seat light aircraft manufactured by Piper Aircraft between 1978 and 1982. The PA-38 was largely targeted at the flight training market and due to this Piper consulted flight instructors in the design process and answered demands for an aircraft that was more spinnable than the competitor Cessna 150/152. The Tomahawk has been successful as a training aircraft with them remaining to be widely used by flight schools gaining favour for the way in which their flight control forces are similar to larger aircraft making it easier for pilots who underwent initial training in a PA-38 to adapt to larger planes. In 1981 an improved Tomahawk II was launched which had a number of improvements over earlier models. The following year production was completed following four years of continuous manufacture with 2,484 aircraft having been made.

This page lists all films that feature a variation of the Piper PA-38.