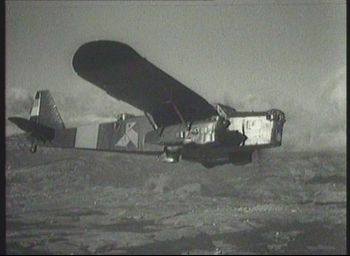 The Potez 540 was a French multi-role aircraft of the 1930s. Designed and built by Potez, it served with the French Air Force as a reconnaissance bomber, also serving with the Spanish Republican Air Force during the Spanish Civil War. Although obsolete as a bomber, it remained in service in support roles and in France's overseas colonies at the start of World War II.

This page lists all films that feature the Potez 540.