Difference between revisions of "Category:Ryan NYP" 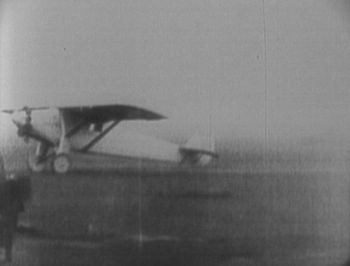 Ryan NYP Spirit of Saint-Louis seen in The Story of Aviation .

The Spirit of St. Louis , registration: N-X-211 is the custom-built, single engine, single-seat monoplane that was flown solo by Charles Lindbergh on May 20–21, 1927, on the first non-stop flight from New York to Paris for which Lindbergh won the $25,000 Orteig Prize. Lindbergh took off in the Spirit from Roosevelt Airfield, Garden City (Long Island), New York and landed 33 hours, 30 minutes later at Le Bourget Aerodrome in Paris, France. Officially known as the Ryan NYP (for New York to Paris), the single engine monoplane was designed by Donald A. Hall of the aircraft manufacturer Ryan Airlines and was named The Spirit of St. Louis in honor of Lindbergh's supporters in his then hometown of St. Louis, Missouri. To save design time, the NYP was loosely based on the company's 1926 Ryan M-2 mailplane with the main difference being the 4,000 mile range of the NYP, and as a non-standard design the Government assigned it the registration number N-X-211 (for "experimental").

This page lists all films that feature the Ryan NYP Spirit of Saint-Louis.