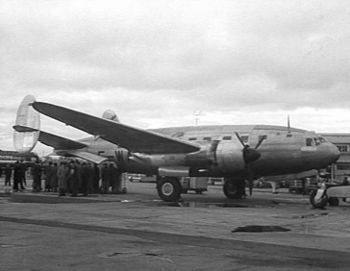 The SNCASO SO.30 Bretagne was a 1940s French airliner designed by a group of designers and engineers who were based at Cannes from May 1941 following the invasion of France. The design was for a medium capacity civil transport, a twin-engined mid-wing cantilever all-metal monoplane. The prototype (designated the S.O.30N) first flew on 26 February 1945. 45 aircraft has been built.

This page lists all films that feature a variation of the SNCASO SO.30C Bretagne.

Pages in category "SNCASO SO.30 Bretagne"