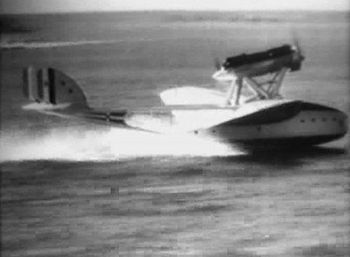 The Savoia-Marchetti S.55 was a double-hulled flying boat produced in Italy beginning in 1924. Shortly after its introduction it began setting records for speed, payload, altitude and range. The S.55 featured many innovative design features. All the passengers or cargo were placed in the twin hulls, but the pilot and crew captained the plane from a cockpit in the thicker section of the wing between the two hulls. The S.55 had two inline counter-rotating propellers, achieved by mounting the twin engines back to back. The engines were canted sharply at an upward angle. Two wire-braced booms connected the triple-finned tail structure to the twin hulls and wing. Even though its design was unusual, the Savoia-Marchetti S.55 was a remarkably airworthy craft. In 1926, the S.55P prototype set 14 world records for speed, altitude and distance with a payload. The S.55's greatest successes, however, were its many flights between Europe and the Americas. 200 airplanes built.

This page lists all films that feature the Savoia Marchetti S.55.