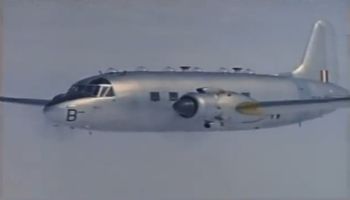 The Vickers Valetta was a British twin-engine military transport aircraft with a tailwheel undercarriage. Developed from Vickers VC.1 Viking and used only by the Royal Air Force, it was built in three main variants at 262 examples (and an additional prototype). Eighteen of the T.3s (a dedicated training model) were later converted to T.4s in order to train crews in the Airborne Interception role.
160 airframes with a tricycle undercarriage and slightly wider were built as Varsity T Mk 1 (Tp 82 Varsity for those sold to Sweden).

This page lists all films that feature a variation of the Vickers Valetta / Varsity.