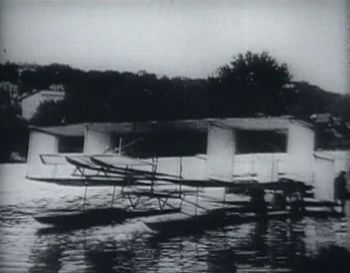 Voisin built Archdeacon's third glider made the first manned flight from water, by Gabriel Voisin on June 6 of 1095. His craft was a float-mounted glider, towed behind the racing motor boat La Rapiere, and the trial was conducted over the Seine. Voisin made three flights above the Seine that day. One was of 600 metres; the others of 100 metres and 30 metres.

This page lists all films that feature the Voisin Archdeacon Hydroplane.