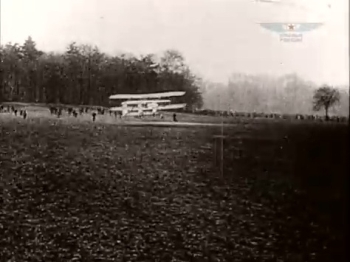 The Voisin-Delagrange seen in Wings of Russia.

He was a well known sculptor who in 1906 built his own airplane. After a short flight, he prefered to order a plane to Gabriel Voisin. He discovered the laws of flight after multiple incidents but ended up being the third pilot to get his wings (after Louis Blériot [brevet number 1, after he crossed the English Channel] and Glenn Curtiss).

This page lists all the films that feature the Voisin-Delagrange.

Pages in category "Voisin Delagrange I"