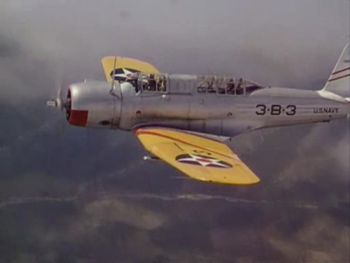 The Vought SB2U Vindicator was a carrier-based dive bomber developed for the United States Navy in the mid thirties, the first monoplane in this role. Two main variants were used by the US Navy and the Marines while the V-156 was the type name used to export in the United Kingdom (where it was designated Chesapeake Mk.I) and in France.

This page lists all films that feature the Vought SB2U Vindicator.