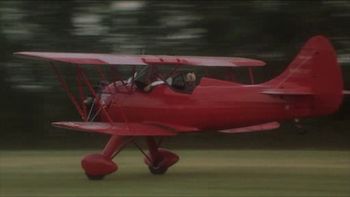 Waco UPF-7 seen in Divine Secrets of the Ya-Ya Sisterhood.

The Waco F series was a range of American-built private pilot owner and training biplanes of the 1930s from the Waco Aircraft Company. The 'F' series was popular with private owner pilots for sporting and other uses and continued in production through the late 1930s. The tandem cockpit UPF-7 version was adopted by the Civilian Pilot Training Program and continued to be built in numbers (over 600) until 1942. Considerable numbers of 'F' series biplanes, both original and newly built by Waco Classic Aircraft, remained in service nowadays.

This page lists all films that feature the Waco F-Series.