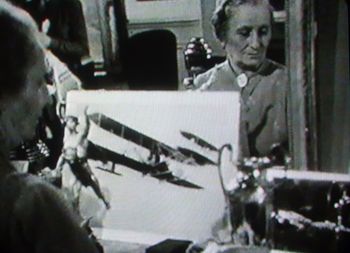 The Wright Flyer III was the third powered aircraft built by the Wright Brothers. Orville Wright made the first flight with it on June 23, 1905. The Flyer III had an airframe of spruce construction with a wing camber of 1-in-20 as used in 1903, rather than the less effective 1-in-25 used in 1904. The new machine was equipped with the engine and other hardware from the scrapped Flyer II and was essentially the same design and same performance as Flyers I and II.

This page lists all films that feature the Wright Flyer III.