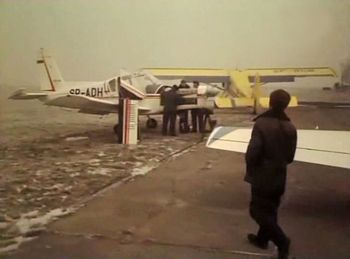 The Zlín Z-42 is a Czech low-wing monoplane designed in 1967 by Moravan Otrokovice (Zlin Aircraft after 2009). This two-seat light aircraft is minded for training purpose and was mainly used by Warsaw Pact Air Forces. After 1989 and due to several military airframe sold on the civilian market, the type has spread in several Western countries. More powerfull Z-142 and Z-242 succeeded him during the 1990's.

This page lists all films that feature a variation of the Zlin Z-42 and derivatives (Z-142 and Z-242 and licensed built Fernas 142).