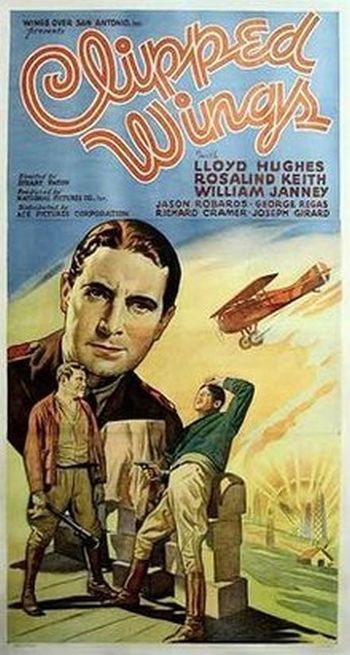 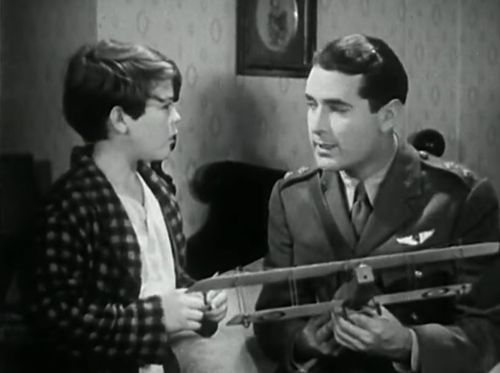 Flypast of biplanes some with common landing gear alongside some seaplanes (Curtiss SOC Seagull or maybe some Vought O2U and O3U Corsairs ?). 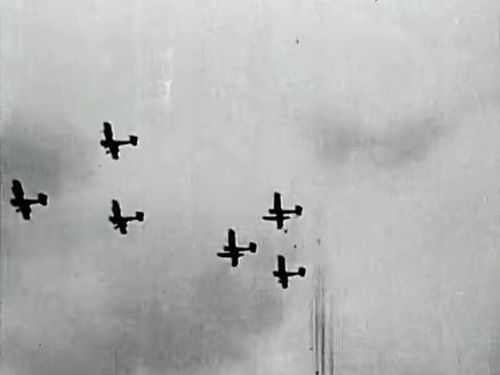 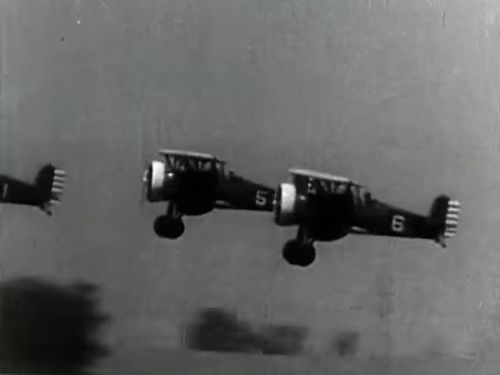 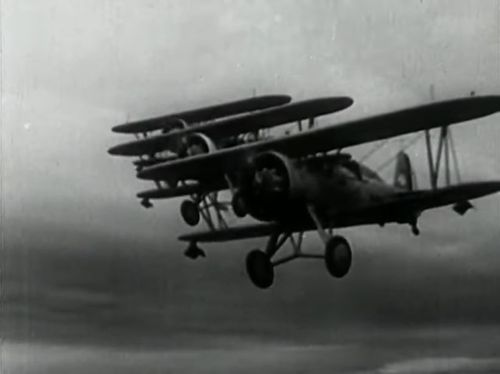 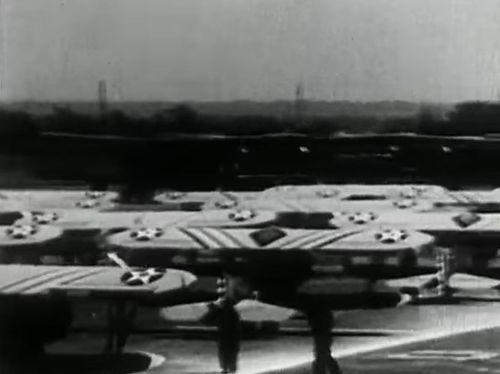 In 1935/1936, the Boeing P-26 Peashooter reached front line units and so Boeing P-12s were used as advanced trainer. Here a section is flying and evaluated by the Flight Commander using a two-seat unidentified biplane. 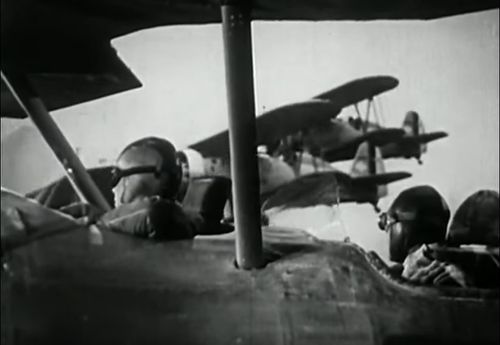 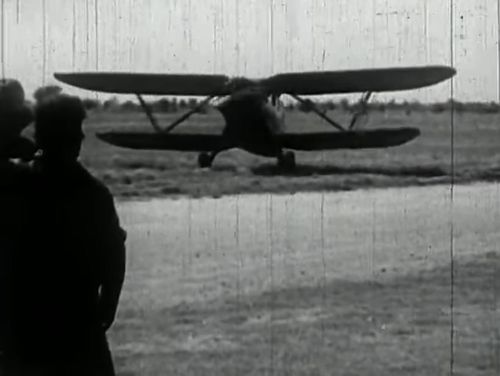 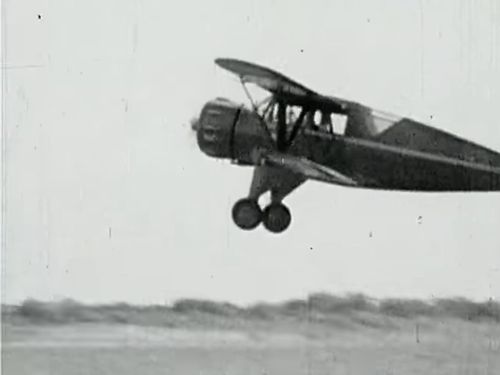 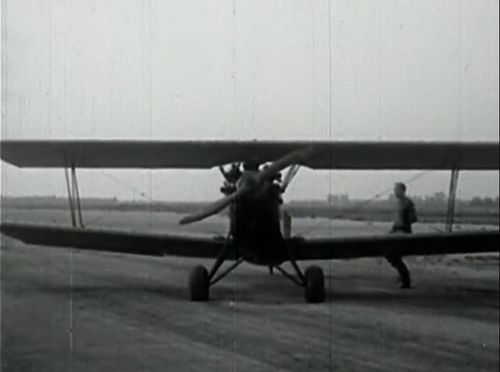 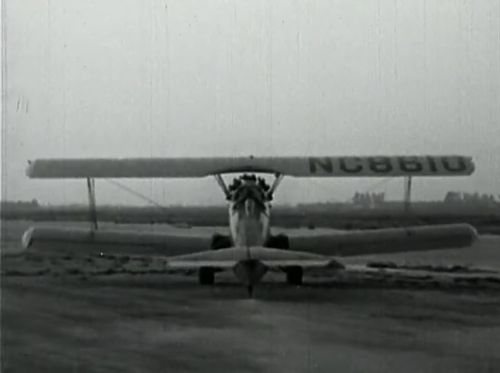 A derelic airframe with the wing used as a weapons cache. 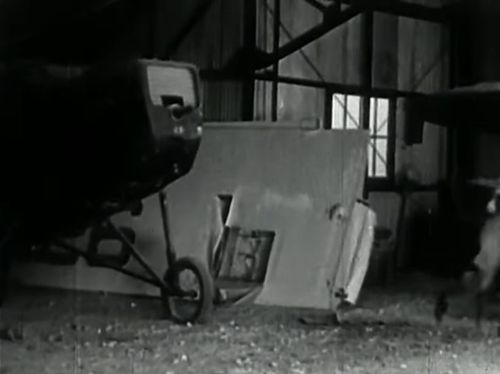 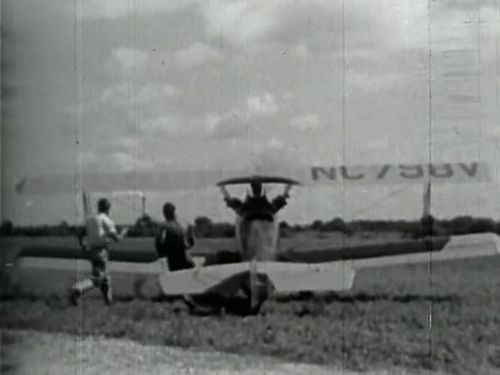 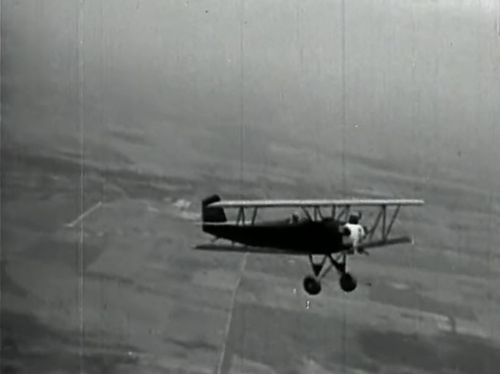 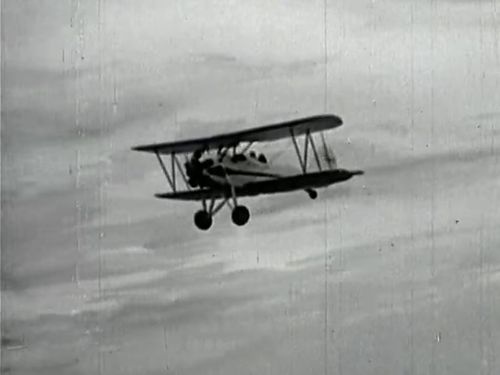 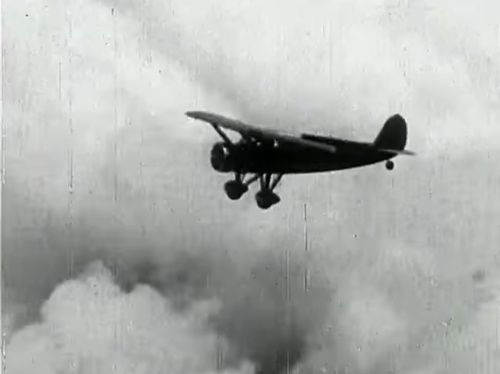 Curtiss B-2 Condor of 11th Aero Squadron (archive footage as the type served until 1931). 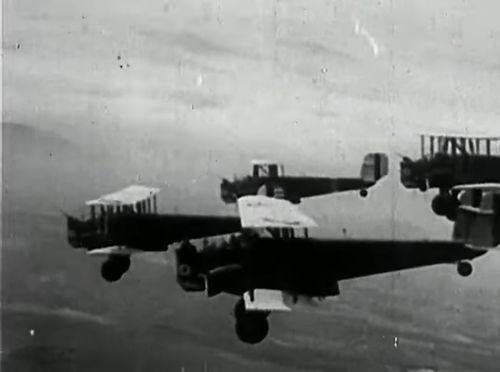 Keystone B-6 from the 9th Aero Squadron.
A welcome continuity error ... 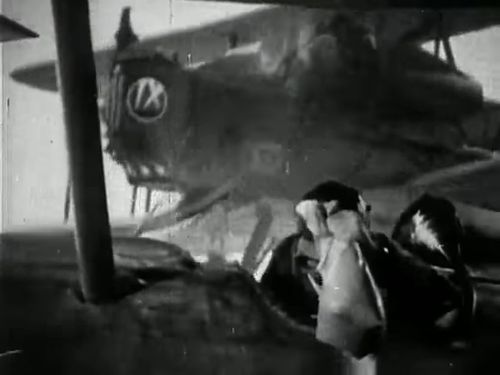