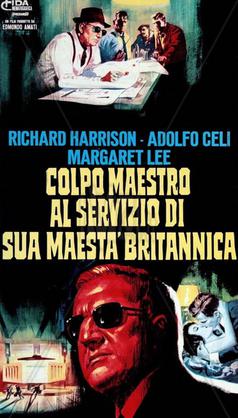 In Madrid, actor Lang is hired by Monsieur Bernard to impersonate a certain Owen for a time. Lang is trained for his role, that is to replace Owen as the diamond pickup controller at General Diamond in London.

Registration I-DIWL, c/n 45682/220 built in 1965. In 1970, this aircraft was flying Alitalia Flight 713 when it was hit by an air-to-air missile while flying in Syrian airspace. It made an emergency landing in Beirut and the damage was later repaired.

Behind the Aermacchi AL-60 listed above.