Difference between revisions of "Conflict of Wings" 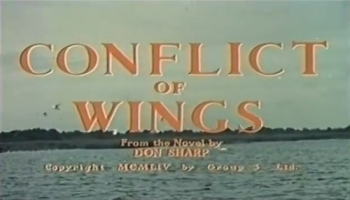 
Here are the jets ! Inhabitants of Norfolk always rise the head when they are overflew by these new aircrafts. Until the RAF decide to use the next Island of Children, a much-loved and untouched bird sanctuary, as a rocket firing range. 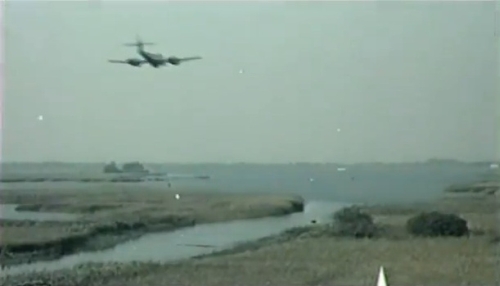 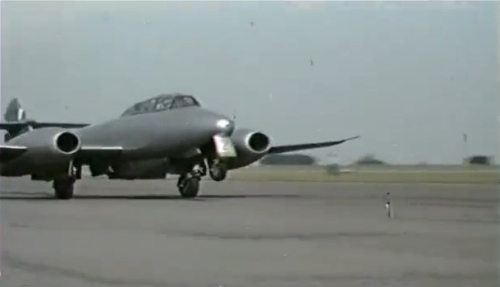 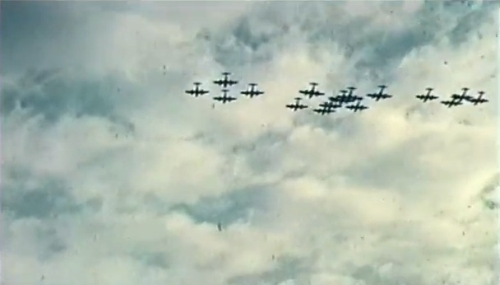 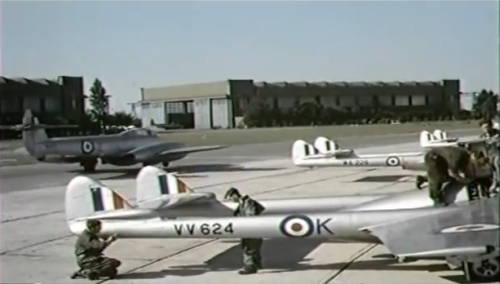 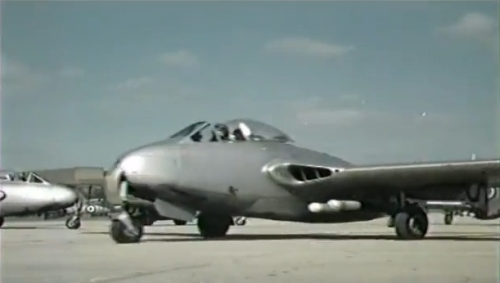 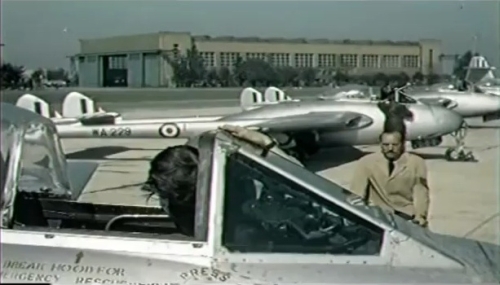 Note the tail of a Gloster Meteor F. Mk 8 at far right 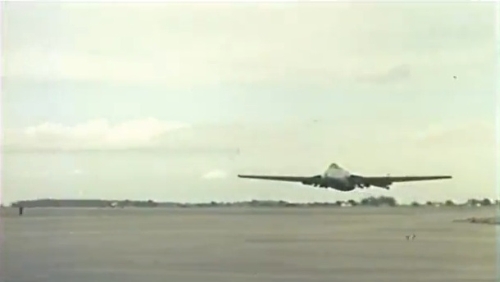 Just before the break towards the training range, the eight Vampire in flight formation. 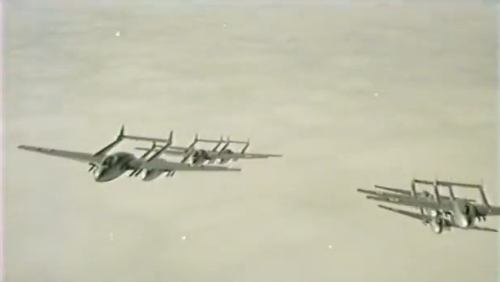 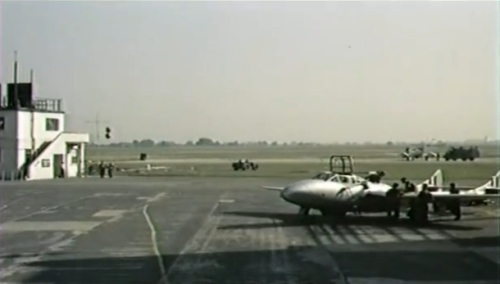 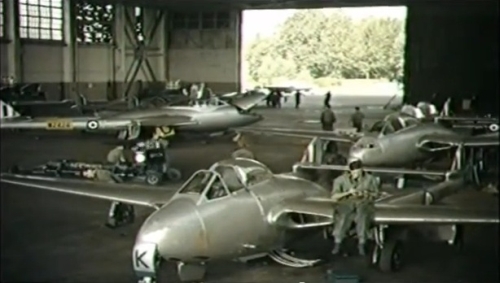 Archive footages matching cargoes, trains and bridges under the fire of HVAR. 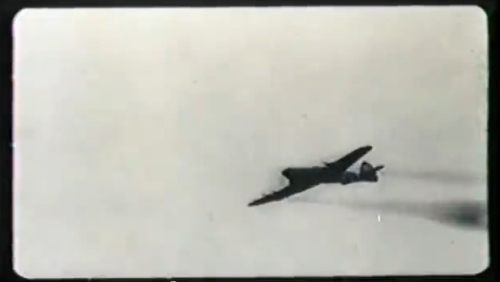 The run's axis doesn't match with a typical shape but the fired HVAR limited the possibilities; probably another Typhoon. 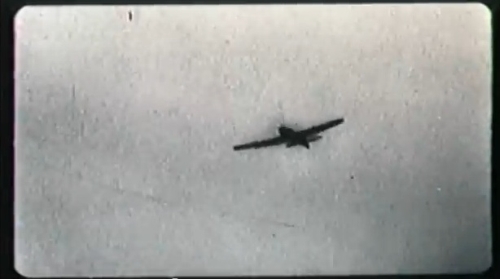 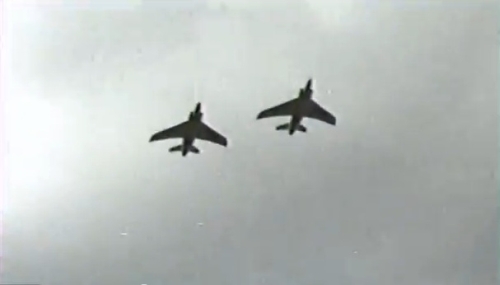 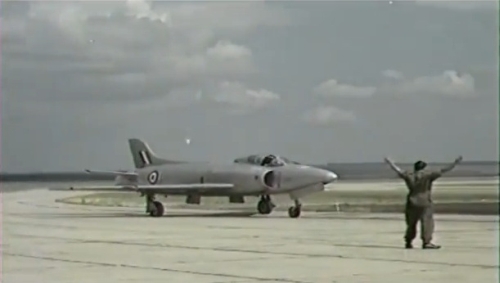 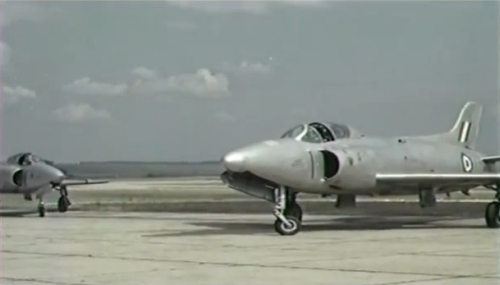