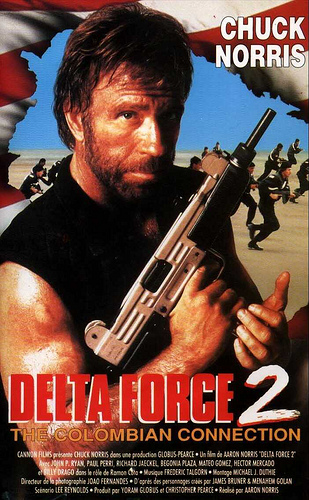 Sequel to The Delta Force. Scott McCoy and the Delta Force must rescue DEA agents held hostage in San Carlos by the forces of the ruthless drug lord Ramon Cota. 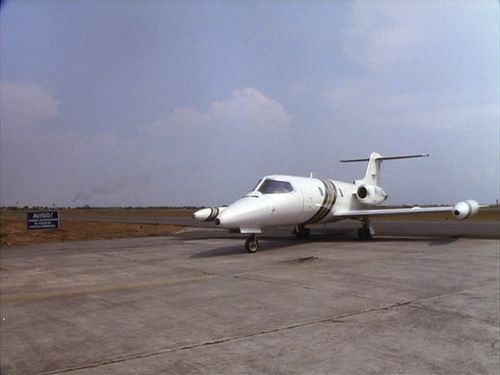 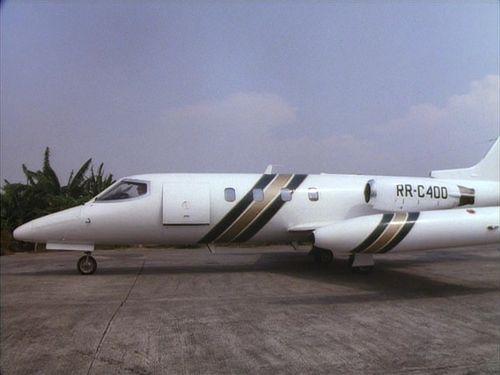 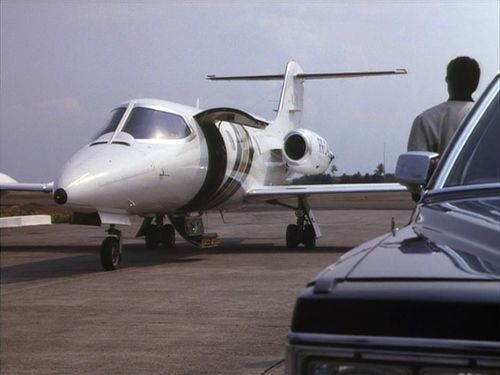 Registration N778PA, c/n 17903/108 built in 1960. Flew for several airlines, including Olympic Airways, Aer Lingus, Saudia, Turkish Airlines, and Pan American World Airways. Last operator was MAOF Airlines, an Israeli charter company, who retired the aircraft in December 1984. For filming, the aircraft retained the MOAF livery but its titles were repainted as the fictional American Travelways Airlines. Same aircraft in other works at IMPDb: Frequently Seen Aircraft.
Cota is kidnapped from this plane in midair by McCoy and Chavez. The shot of the plane taking off is stock footage from the first film. 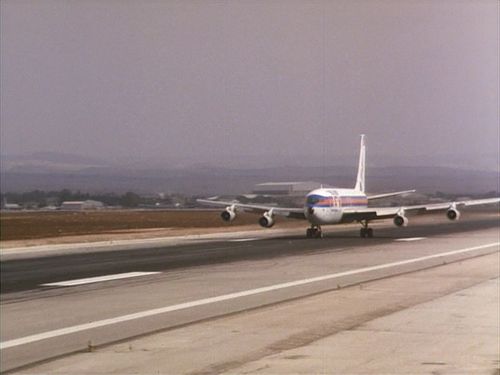 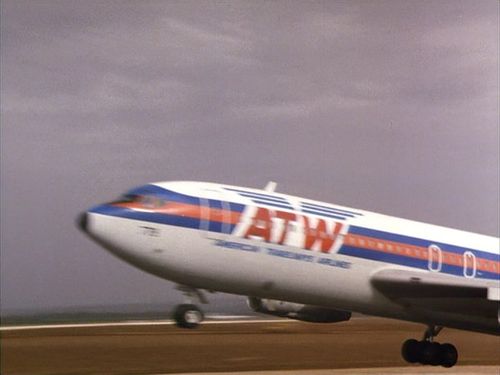 McCoy parachutes into San Carlos from this plane. 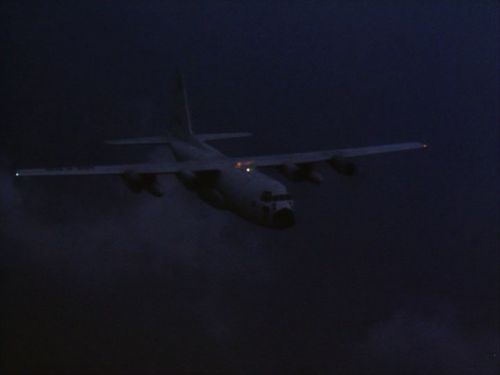 Used in San Carlos as a base of operations by the Delta Force. 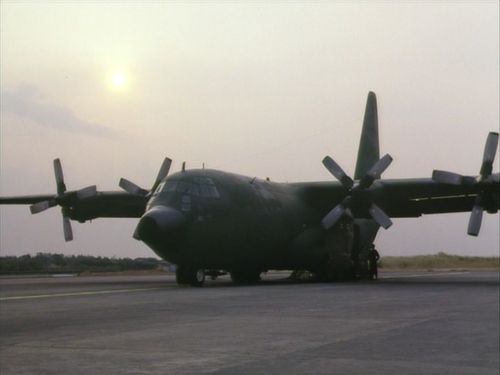 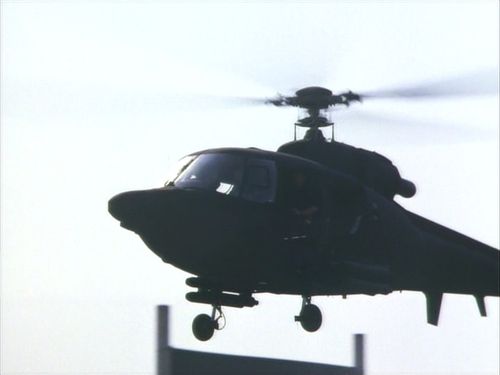 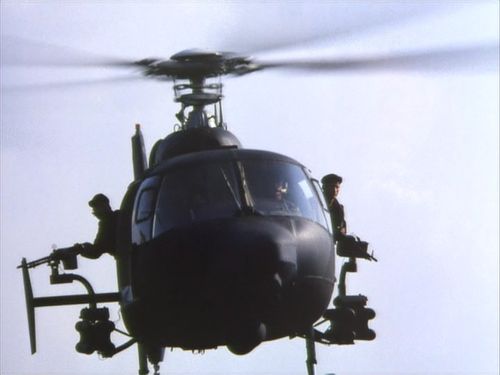 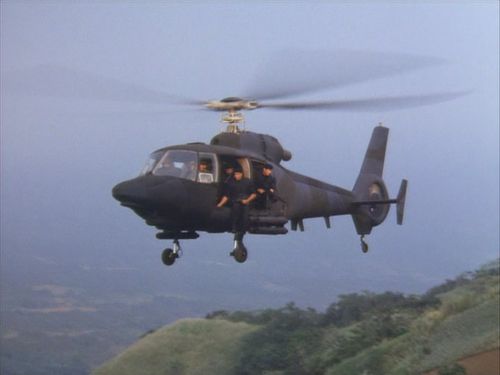 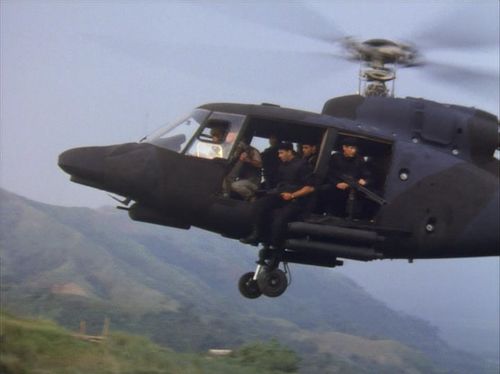 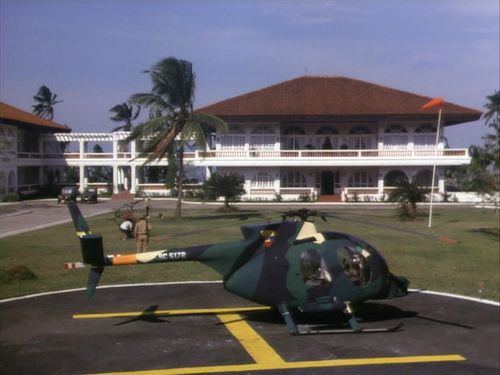 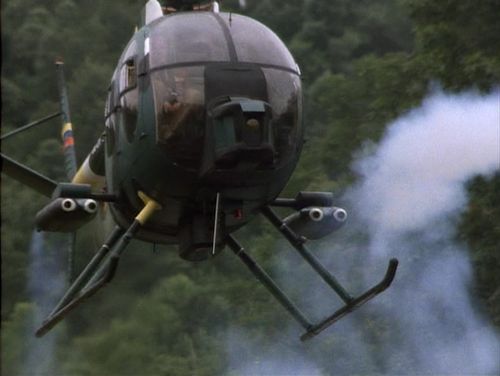 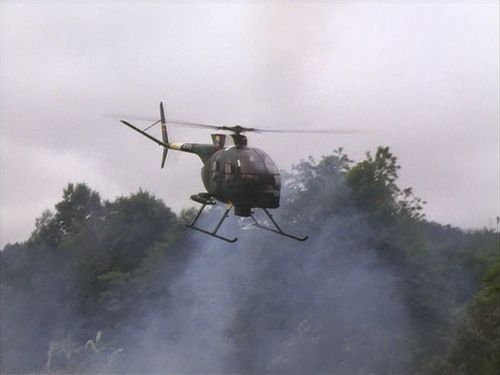 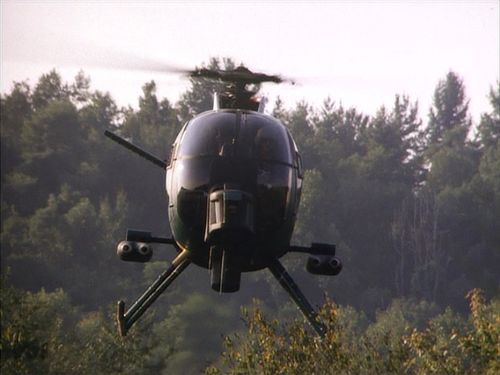 Seen taking off from Olmedo's airfield. 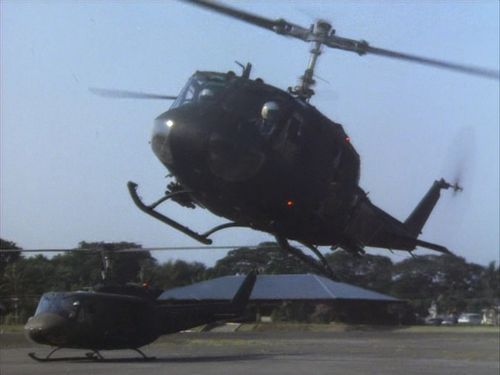 This plane is used as decoration above the gates of Cota's mansion. It gets destroyed during the Delta Force's attack. False (?) Registration CM1215. 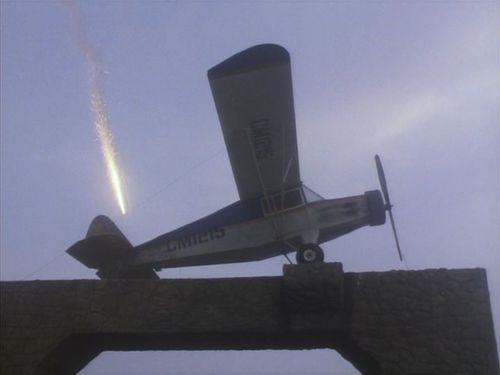 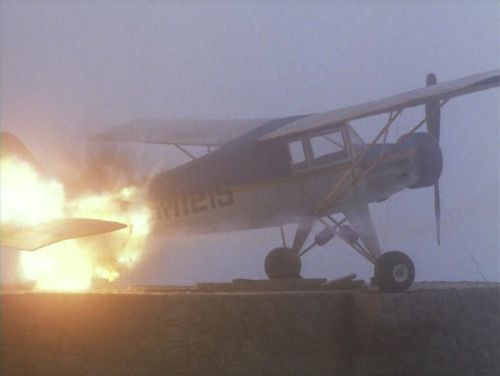