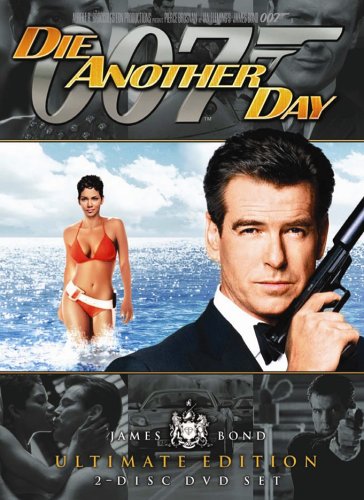 After spending 14 months in a North Korean prison, James Bond searches for a traitor inside the MI6.

James Bond travels back to London on a British Airways 747.

Gustav Grave uses an unmarked An-124 from the north Korean army as a flying headquarter. The plane causes damage when Jinx flies it through the "Ikarus"-system, then it goes down. But before this, Grave kills his father, General Moon in the command center, Jinx kills Miranda Frost with a knife, and Bond fights Graves, he ends up in a turbine.
Registration UR-82007, c/n 19530501005 built in 1986. 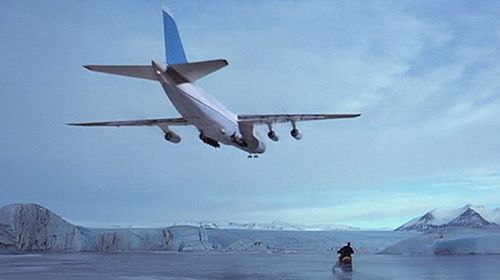 Zao escapes from the clinic in this helicopter. Later, one is parked (along with a Ferrari and a Lamborghini) in the cargo room of Grave´s Antonov. Bond and Jinx use it to escape the exploding plane.
Registration N9208V, c/n 900-00010 built in (1994 ? 1995 ?).
Same aircraft in other movies at IMPDb: Frequently Seen Aircraft (Rotary-Wing). 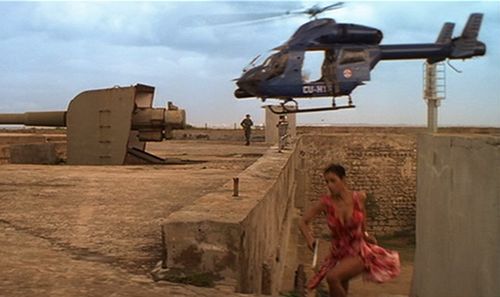 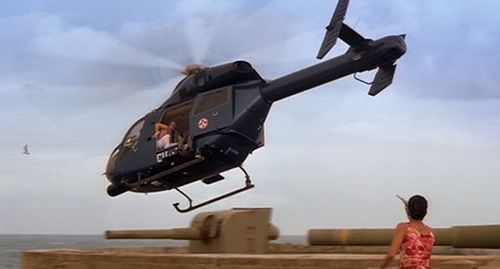 Bond and Jinx use this helicopter to escape from the cripple Antonov.
Registration N511VA, c/n RN-023 built in 1998.

Van Bierk travels to Colonel Moon´s base with this helicopter. Bond captures it and poses as Mr. Bierk. But when his real identity is uncovered, Colonel Moon (who later becomes Gustav Graves) fires a "tank-buster" (a modified Heckler & Koch G36) into it.
Registration D-HOXQ, c/n 105103.

Seen in the background in Q's workshop. 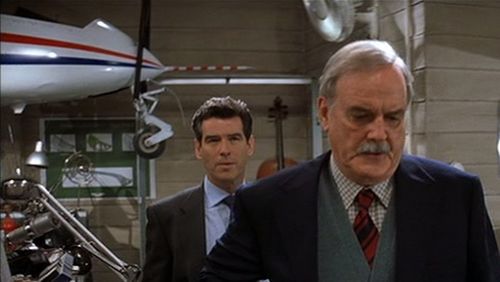 Seen in the hanger in 'South Korea'.