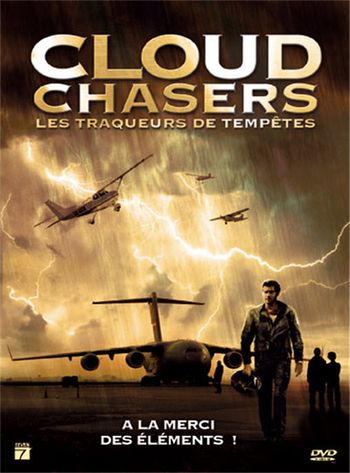 Andrea, commanding officer of a Boeing 737 meets a mysterious weather phenomenon and faces a fuel shortage. She quickly changed her flight plan, and thus manages to narrowly avoid the storm, saving her passengers. The fact that she followed her instinct rather than orders from the control tower will be criticized by her company and she’s suspended from her duties. On the advice of a meteorologist, she goes to the Alps, to study the phenomena known as super-cells .... 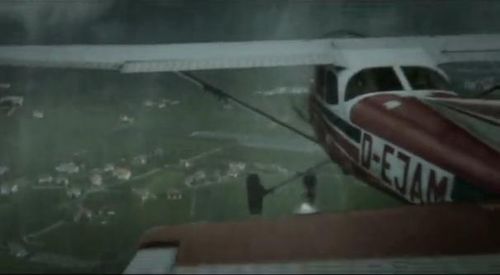 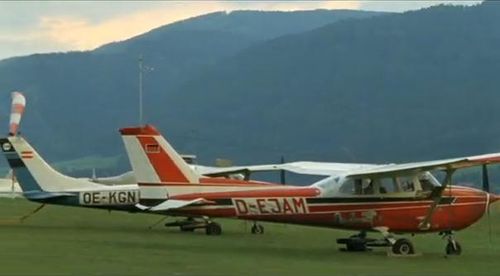 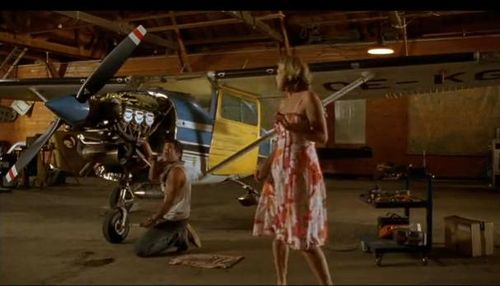 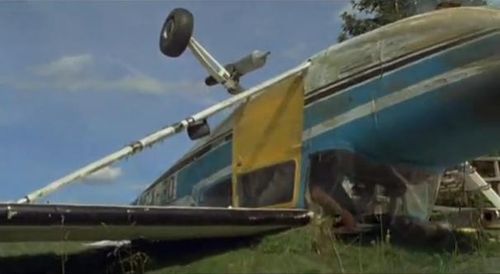 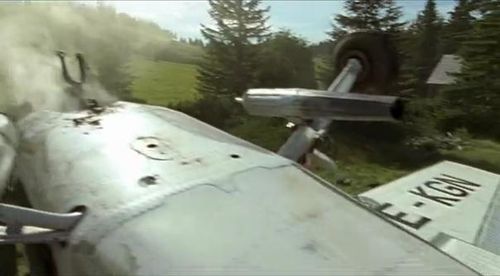 A plane with the same tooling is OE-KGM; pictures found of OE-KGN doesn’t display the special features seen here. 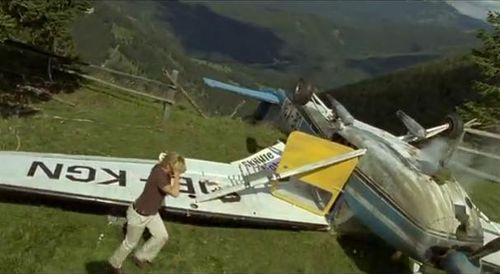 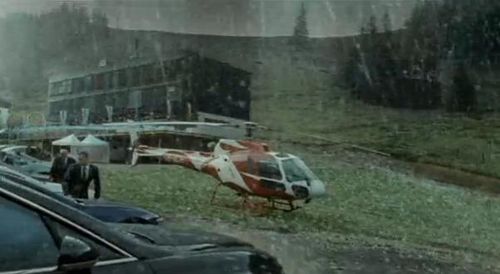 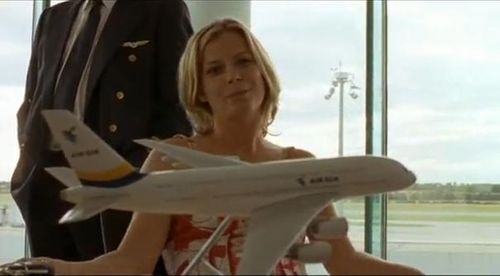 Fictional airline Air Gia.
It seems that the same plane has two types of engine... 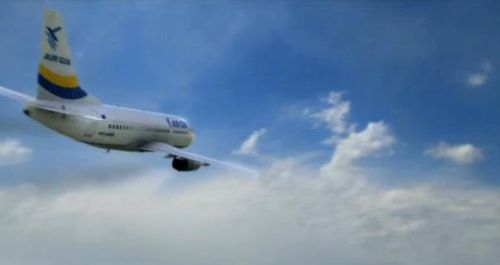 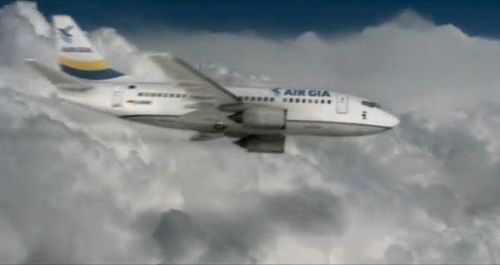 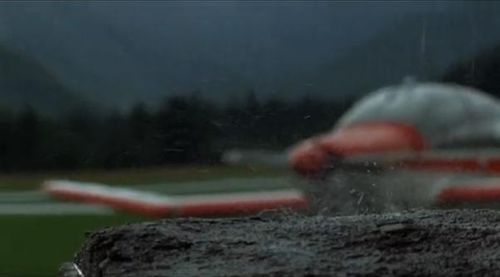 Only seen in the background. 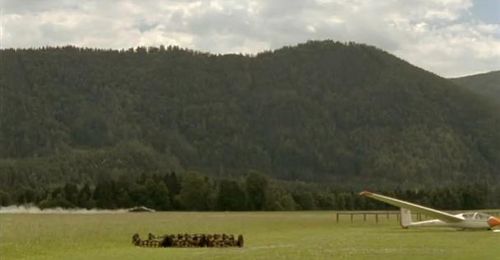 Perhaps a Dornier Do-27 on the picture on the wall. 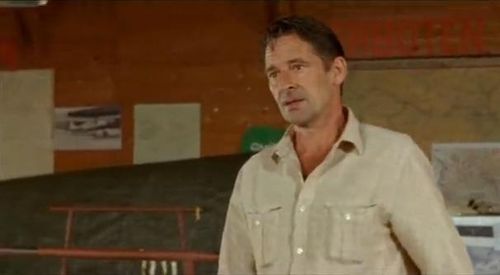 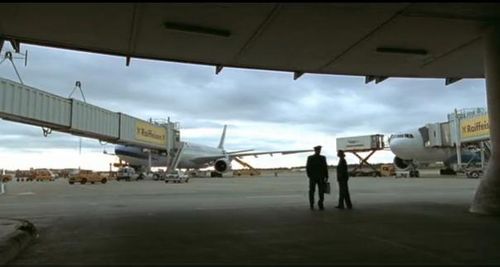