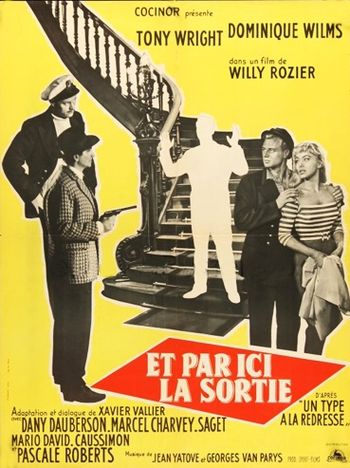 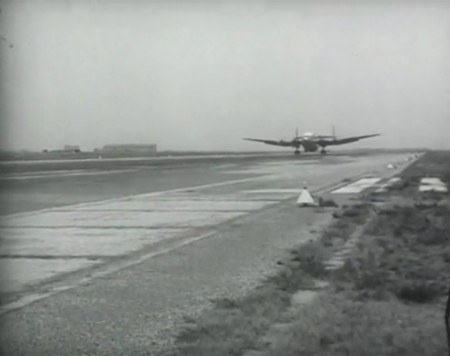 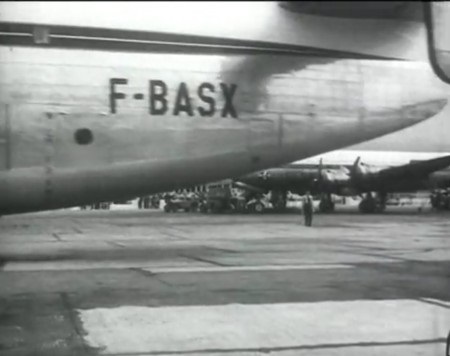 In front of the temporary (*) terminal of Aéroport de Marseille Marignane (now : Marseille Provence) (France).
(*) the first one was destroyed by retreating German troops in 1944. The new one was built in 1961. 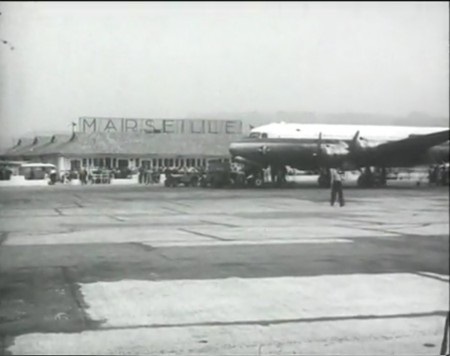 Reg. F-BAIY SNCASE SE.200 c/n 3.
This third airframe was badly damaged in an USAF air raid but could be salvaged and rebuilt and eventually made its maiden flight in 1946. Test flight reached an end in 1949 due to a hard landing. Then the airframe was raised on docks of the Marseille Marignagne airport and kept there until the mid 1960's. It became a tourist sight during 15 years before being scrapped. 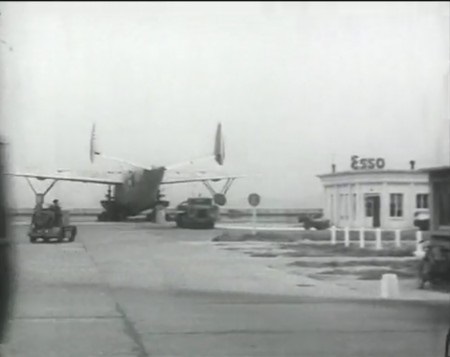