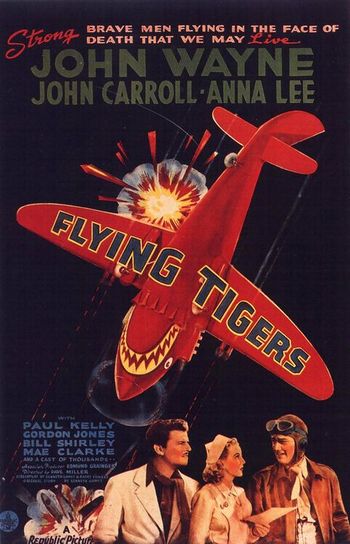 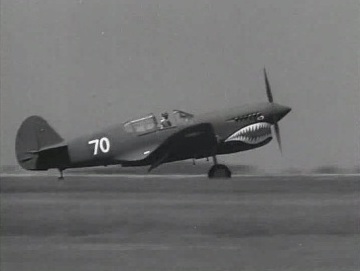 Most of the movie display scale 1:1 models with outsized machine guns and air cope over the engine. Two of them have electric engine in order to move the propeller. 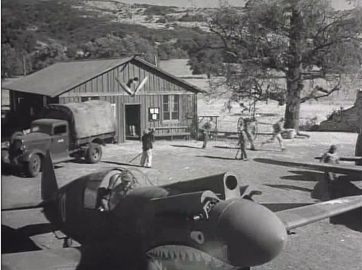 Another two other have OX-5 engine allowing them to be driven up until 90 km/h. They are easily identifiable by their outsized tailwheel. Some footage of the real Curtiss P-40B/C of the Flying Tigers are used in background of actors. 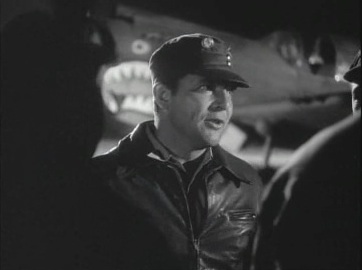 Same aircraft in other movies at IMPDb: Frequently Seen Aircraft.
This aircraft is seen only taxiing or being readied for the take off. Fake company Rangoon Airways. 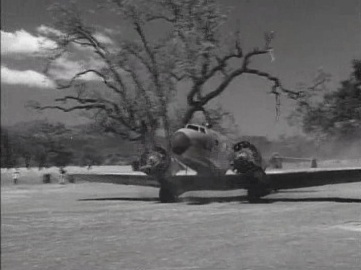 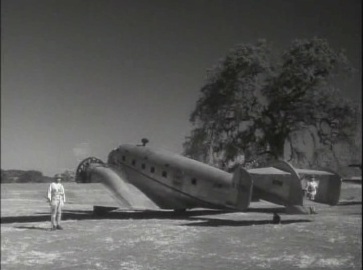 The flying scenes are only displaying models. 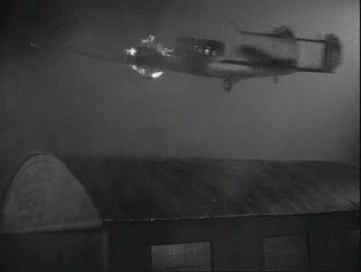 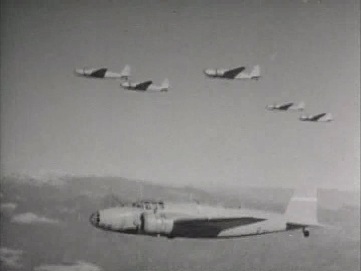 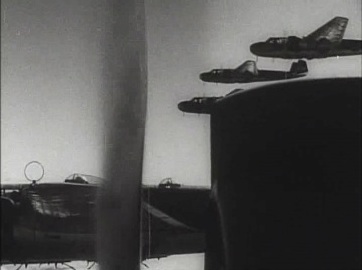 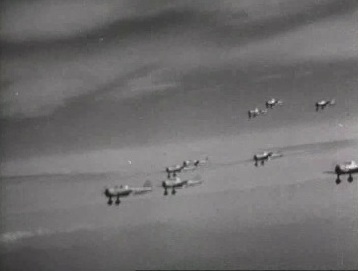 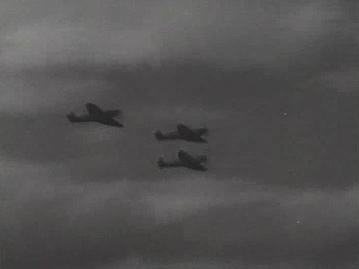 Captain Jim Gordon (John Wayne) uses a recognition chart displaying these four japanese aircraft (name given from top to bottom of the chart).
Please note that the Nakajima Ki-4 is in the seaplane configuration.