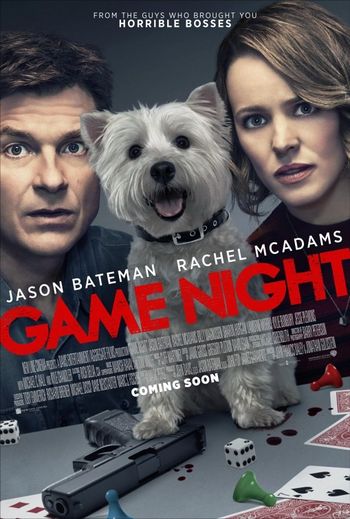 
A group of friends who meet regularly for game nights find themselves entangled in a real-life mystery when the shady brother of one of them is seemingly kidnapped by dangerous gangsters.
Aviation scenes were filmed at Cartersville Airport (---/KVPC) in Georgia.

Reg. N380MZ seems a fictitious registration for this Cessna

Same helicopter but cutting error putting the Chevrolet Corvette is the wrong place the second time.