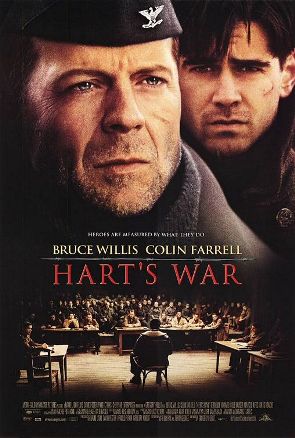 
A 2nd Lieutenant (Farell) based at Command HQ in Belgium is captured and sent to a German POW camp. He starts off on the wrong foot with the ranking officer (Willis) who knows he lied about his interrogation, and as such assigns him to an enlisted billet. When two African-American airmen are sent to the camp, they are also billeted with Hart and the other enlisted men who aren't as open-minded as Hart about the newcomers. Soon after, one of the airmen is killed, and his biggest opposition is subsequently murdered. With the other airman in the frame, the colonel launches a court marshal against him. Hart is assigned as his counsel, however in the search of his defense, he comes across a much bigger plan for a breakout and attack on the Nazi infrastructure. 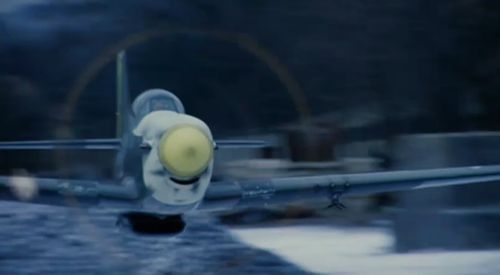 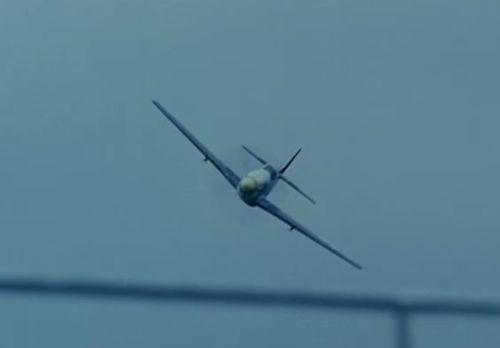 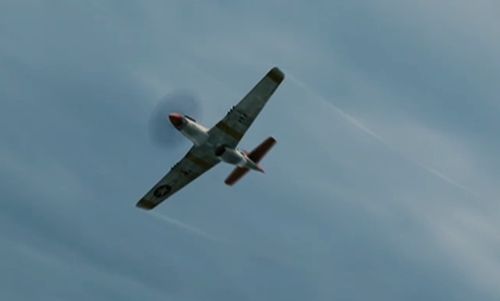 Seen being shot down by the allied P-51 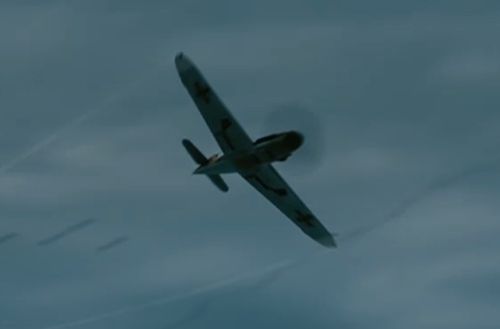 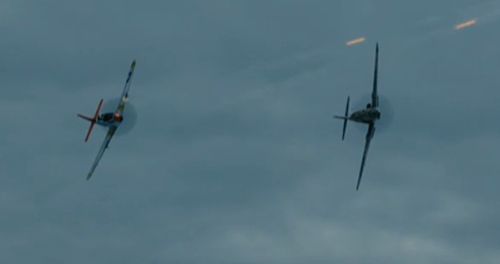 Dogfighting with the allied P-51 Mustang (behind). 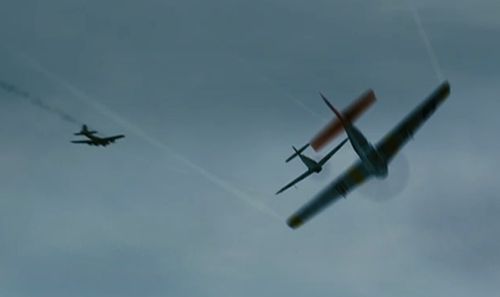