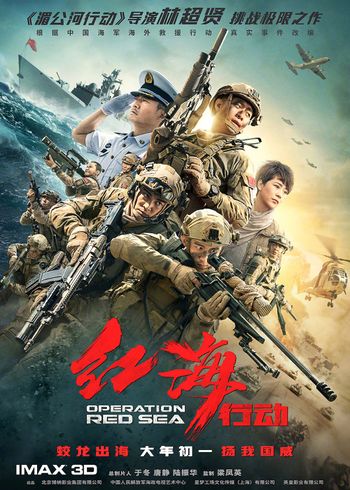 Action movie loosely based on the 2015 Chinese operation to evacuate around 800 citizens from Aden harbour during the first stages of the Yemeni Civil War.

The bad guys use some air vehicules provided for the filming by the Royal Moroccan Air Force (of course, devoid of their national markings).
Here are four of the five Bell 205s on strength with this Air Army.

Lockheed Hercules devoid of nearly all its Marrocan markings but the OS code is still visible ... So this is Lockheed KC-130H Hercules reg. CNA-OS c/n 4909 already seen in other movies (look at IMPDb: Frequently Seen Aircraft Military Fixed-Wing section).